It was at this airport we finally got to see some Americans as we Europeans expect them. All girth and short trousers. There were also a few true Texans with their wranglers, 10 gallon hats and 20-gallon bellies. Although most were somewhat understated. I was very disappointed. My expectations of what the people of Texas were going to be like had proved very wrong. I can only assume we were in the wrong part of Texas. Certainly we didn't stray too much from downtown Dallas and the suburban sprawl that surrounds it. If we'd have gone to Billy-Bob's we would have seen plenty, but not necessarily authentic ones. Next time, we'll try and head out into the wilds and see if we can't find out what happened to the stereotypical Texan.

The plane we flew in had signs in two languages. In the middle one said "←EXIT SALIDA→" which means "Americans evacuate left, Mexicans right."

We flew into Chicago Midway Airport which celebrates a battle in the pacific where the US lost nearly 100 planes. Not the best theme for an airport. Here we had some non-country-specific Asian food. The pork was surprisingly tasty but the orange chicken overly sweet. I forget the name of the place, but it was something unlike Yam, Bam and Fan Kyu Maam.

After this, we caught our connection to Washing DC Dulles Airport. It had never occurred to us that Dallas and Dulles were close in name, but the guy at the Avis desk, who had an Australasian twang to his voice, claimed they had many people arriving there who had booked cars online for Dallas and expected them to be waiting for them in Dulles. 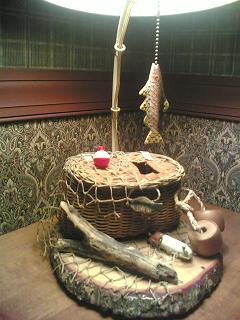 We took our hire car the few hundred miles to the B&B we were to spend the night. It was quite late and with bodies not even on mid-Atlantic time and stomachs having been filled at all sorts of odd times during the day, we eschewed dinner in favour of sleep. Sleep: called the Little Death by the morbid French and the Big Death by insects born that morning.
Posted by Peter More at 15:37
Email ThisBlogThis!Share to TwitterShare to FacebookShare to Pinterest
Labels: Anthropology, Food, Travel, US