I returned last night to be confronted on the stairs behind my apartment door by a mouse. A tiny mouse, not long on this Earth. At first he seemed not overly disturbed by my presence, which I think was more to do with fact he did not know yet how to react to such a massive, handsome, two-legged thing.
This was my chance to bond with it and make it my constant travelling companion. I would love him and pet him and call him George, Or Georgina.
The Dutch/Chinese part of my brain told me I should stamp on it. I was close enough, and he still enough. But that would have resulted in a rather horrible cleaning job and a serious reduction in karma. I would probably come back as an estate agent.
So instead, I faffed. Debating where I could get something to catch him in without alerting him to my intent. He sensed the danger and decided given my height and good looks, he would opt for flight rather than fight.
Unfortunately for him, he was too small to get back up the steps, so instead he ran down and out the door to some sort of freedom.
When I looked out on the landing, there was no sign of the little fellow. I presumed he would continue downwards until he came to the street or a door he could squeeze under. Waiting until he was big enough to jump back up the stairs and return for some murine retribution.

I went for a celebratory piss, such as Scott or Branson might have done after one of their own personal victories over the forces of nature. Beside the latrine is a bucket used for cleaning and occasional liquid transportation activities. It was a tiny figure. Another baby mouse.
This one was even smaller and cuter than the last. And also more stupid: he had got himself trapped in a bucket that no amount of spirited jumping could get him out of.
Hmmm... bond and make a friend - perhaps keeping him in the bucket until he was strong enough to jump out of it? - or throw bucket upside down over toilet and flush.
Whatever happens to my soul, my thoughts are not going on to the next stage of enlightenment. I'm probably going to come back with the brain of a fashion model.
In the end, the lucky mouse was given somewhat of a sporting chance by being ejected out of the skylight onto the ledge around the roof of the building that is there to catch rain and fireworks. Hopefully a cat from the neighbourhood watch will find him and quickly dispatch him - cats will always come back as... cats - or he will survive the cold, wet night and become a tough, street-wise super-mouse and come back one day with his brother from the bottom of the stairs and kick my sorry two-legged arse.

Clearly there is a new batch of babies in the mouse portion of the More household. It is clear that the month of apparent peace on this front has merely been a period of regrouping and repopulation. In the last week there had suddenly been noises whereas, for a while there had been none. There was even evidence of a toxic party in the cupboard under the sink. This is where the mice, having grown resistant by occasional nibbling on the poison I laid out for them, decided they liked the taste and went mad, tearing open the packet of poison and spreading it all over the cupboard. I hoped their hangovers were fatal. In fact the thoughts I had when I was cleaning up the mess they had made will surely mean when I come back I will have the brain of a wrestler.
Posted by Peter More at 00:35 1 comment: Links to this post
Email ThisBlogThis!Share to TwitterShare to FacebookShare to Pinterest
Labels: Anthropology, Netherlands, Religion, Wildlife 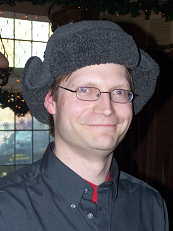 Posted by Peter More at 18:04 4 comments: Links to this post
Email ThisBlogThis!Share to TwitterShare to FacebookShare to Pinterest
Labels: Europe

The hero of this very typical Wodehouse novel is a Small Bachelor because he lives in what is described as a Small Bachelor Apartment. This book has all the usual elements of Wodehouse stories which even when transplanted from rural England to New York don't change too much. There are the usual Gentlemen of leisure, ineffectual criminals and efficient butlers. There are the lines that drip wit like an overweight jogger. And then of course there is the subtle twists of language that make you realise English is a modelling substance more like clay than Lego bricks.

There is no point in me spouting off about how good the writing is in the bad English that I am often tending to use (illustrative example), it's best to just slip in some of the better lines, albeit out of context...

"Marriage is not a process for prolonging the life of love, sir. It merely mummifies its corpse."

and of course the fantastic exclamation... "Sweet artichokes of Jerusalem!"
Posted by Peter More at 10:59 No comments: Links to this post
Email ThisBlogThis!Share to TwitterShare to FacebookShare to Pinterest
Labels: Books

Book Review: Amsterdam - A Brief History of the City by Geert Mak

This book tells the story of the greatest city in the world from swampy bank to the top British Stag (Bachelor) Party destination.

It tells of a city of tolerence, even when all over europe, various religious groups were being ousted, toasted or forced to recant their crazy beliefs.

The story is often not told linearly, as certain [schemes] are followed from start to finished and then we jump back many years to follow the seeds and start of the next one. Occasionally years speed past in a matter of paragraphs, but the book is best when specific events or eras are deligtfully recreated. In particular the sad decline of Rembrandt paralleled with the life of the subject of one of his more unconventional pictures - the suspended body of an executed girl.

The book really paints some very evocative pictures of times long since sunk beneath the mud and bicycles that line the bottoms of the canals. I recommened it to anyone who lives here, lived here or wants to live here. If you're really keen, you can buy the Dutch-language original.
Posted by Peter More at 14:17 No comments: Links to this post
Email ThisBlogThis!Share to TwitterShare to FacebookShare to Pinterest
Labels: Art, Books, Netherlands

Last night after another good show, I was speaking to a table of Dutch students who asked me where I was from. This was to settle an arguement between them as to whether I was Polish or Czech. This is not the first time I have been accused of being Eastern European. It's happened quite a few times. Most noticably when a Croatian girl assumed I was Russian having played a Russian character in one show.

Maybe they're wight and I'm wrong. Who knows.