The Netherlands is a country that is continuously in danger of being engulfed in a sea of red tape. They erect great dykes to keep this sea back called Stadsdeelkantoren. This means "Local Council Offices" or, literally, "City Part Tin Can Tower" or "Town Slice Side Ears." It depends how you divide it. There is a story that the "kantoor" part of the name is a contraction of "kan niet, hoor" (Trans: "NOT possible").

These are places where forms are filled in to get permission to fill in further forms; Where a receipt for a document is longer than the original document; Where anything outside of predefined norms is not possible or at the very least, the responsibility of some other vague department that you may never get in contact with.

This departmentalising (or, more accurately, compartmentalising) can be quite extreme. My mission to the local Statsdeelkantoor today was show them my birth certificate. This was to show them that I am not merely alive (that has been proven already) but that I was born and, I guess, not created in a factory or laboratory. (Although if I had the correct paperwork for that, it would be fine.)

This is not a normal procedure, it would seem. This is evident by a few facts. Firstly, although I had a letter confirming the appointment, it wasn't in the receptionist's system. In most organisations this would mean a screw up with the system. But the receptionist, after a few moments of perplexed searching, realised that it meant it fell outside of the norm. She took me to the next level of people. The ones who deal with most of the people who come through their doors clutching pieces of paper. It was in their system, but they had no idea what to do about it. A couple of them discussed if for a few moments. In the end, they had to take me to a third level. Now, for me, none of this was a big issue. It meant I had to wait a few minutes for someone with the authority to work around the system to become free, but they do seem to have created extra work for themselves. Plus, given 3 members of their staff some moments of confusion. But, then again, these anomalies might be what keeps them going.

In think it's all part of bigger job creation scheme. The longer it takes to process anyone, the more people are needed. Proof of this scheme is shown by the entrance and exit doors. They are automatic. Great. Except that a security guard sat behind a computer has to press a button to approve it each time before they open. So they are not, in effect, automatic at all.
Posted by Peter More at 23:34 2 comments:
Email ThisBlogThis!Share to TwitterShare to FacebookShare to Pinterest
Labels: Computers, Language, Netherlands

So the local Walmart has a flag aisle. Mostly because it's near the 4th of July, my girlfriend's sister tells me. But partly because this is Texas. I resisted asking in my most middle-eastern accent, "Zis. Iz zis flamable?"

People think that America is a country run on oil, but quite frankly it's sugar that the country doesn't seem to be able to do without. It’s in everything from bread to milk to carrots. Meanwhile scientists are baffled by an epidemic of obesity. I blame the Communists.

Despite this epidemic, one of the malls near my girlfriend's parents seems to have more sports stores than anything else. It's bizarre, because in general people don't seem so sporty round here. However, the ones who are, are pretty hardcore. We saw several people running in the midday heat of this heatwave. Apparently because it makes them work harder.

Well if you can't beat them, join them, as the old adage says. And as I can't beat that adage, I have to concede to its wisdom. I bought some running shoes. Some of you might know this already, but I have recently started running. I'll write more on this soon as I'm quite the running bore these days. In fact, Running Boar is my new Native American name given to me by the North Pumadikas tribe.

As well as shoes I bought some special running socks with the letters "L" and "R," one on each. Now I really feel like an athlete.

Lunch was at Chick-fil-A who claim to have invented the concept of putting chicken inside buns. Maybe they did. Although it really just seems like a specific application of the Earl of Sandwich's original patent ("A process of serving a variety of foodstuffs by placing the same between two slices of bread"). 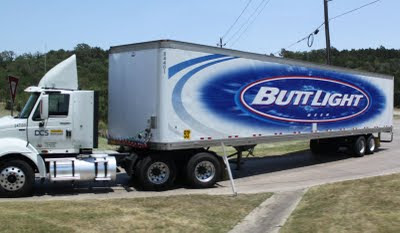 Dinner was at the Meddlesome Moth, a restaurant that was like a gastro pub in a warehouse. The food was great, but in those gastro pub sampler sizes. It also had a great selection of beers. We Europeans rightly denigrate Americans for their general awfulness in the beer department, whilst forgetting that it's also a country with a large enough population that anything is possible. It also has a strong German heritage. Because of this, it does have some great breweries. They're often small, local and they don't export. So we tend to think the only choices are "Buttwiper" and "Flavor Lite." And in this we are wrong. That's not to say that vast swathes of the community don't drink these poor options, mostly because every 5 minutes the TV tells them to.

Anyhoo, to end on a positive beer note, I had a thoroughly tasty, local brew called "512 Pecan Porter" which was like a nutty stout and worth tracking down.
Posted by Peter More at 21:54 No comments:
Email ThisBlogThis!Share to TwitterShare to FacebookShare to Pinterest
Labels: Drink, Food, Travel, US

Would you leave two overweight, grumpy siblings who hate each other locked in the same flat for a week? We just did that with our cats. If they were people it would be cruelty OR a new reality show. ("Fat Family Feud" it's called and I hope the exclusive world rights.) But enough about cats, we're on holiday.

Atlanta is a spikey outcrop of skyscrapers in a thick medieval forest. Like something out of a Swords and Sorcery movie. It feels like we should be fighting our way to it in order to steal the sacred chalice of Cocacola from the wicked King Thrasher. But instead we just flew in, were shepherded through various checkpoints and then thrown on another aircraft heading towards the fabled city of money, Dollars-For-t'Worth (or, as it's now known through colloquial corruption, Dallas-Fort Worth).

When we get to our final destination, we find that Texas is undergoing a sort of heat wave. The kind that TV stations scream about and make doomful predictions about; meanwhile the locals shrug at and point out that it's not actually broken any records yet. My girlfriend asks what's the equivalent of this Texan heat in Europe. "Gas Mark 4," I respond.
Posted by Peter More at 21:38 No comments:
Email ThisBlogThis!Share to TwitterShare to FacebookShare to Pinterest
Labels: Cats, Transport, Travel, US

The large, loud guy with a Southern drawl waiting to get on the plane to Atlanta only needs to be chewing tobacco to complete the stereotype. Oh, and maybe a Stetson instead of a baseball cap.

A Jewish man in historical garb rocks back and forth nervously muttering to himself in the corner. Okay, he's not nervous so much as praying. But it's the sort of praying that would be the onset of craziness in an atheist. 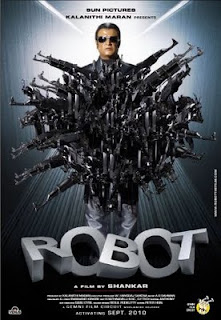 Flying is like being strapped into a hospital waiting room for several hours while the Earth spins away below you. The seats even come with their own dog-eared magazines which tell you how wonderful it is to be in various places around the world to take your mind off how awful it is to actually get there.

Planes these days often come with tiny little screens behind the head of the person in front of you. These ones are so tiny and low resolution I thought I was looking at an ad for "Miss Dim" for a minute before I realised it was for "Miss Dior." I'm not sure how wrong I was, to be honest.

I've seen about 20 movies in my life silently, over people's shoulders in planes. Not movies I want to see; but I'm attracted to moving pictures. I believe it's called Scapulavision.

On my tiny little screen, I saw a movie and a half to help pass the time because I sleep quite badly in uncomfortable chairs suspended over two miles of nothingness. I saw the King's Speech, in which an Australian teaches Colin Firth to speak so he can replace another Australian as king. I believe the working title was, George, King of the Desserts.

I also watched the first half of Robot (original title: Endhiran). If you wanted to know what Terminator would be like if it was mashed with The Matrix, made in Bollywood and starred Elvis, this is it. Sublime.