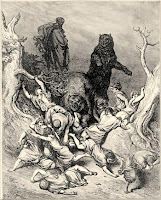 So if you ever wonder in a fight between you and a bald guy, whose side God would be on, you need check no further than the Bible, book "2 Kings," section 2, verses 23-24.


23 From there Elisha went up to Bethel. As he was walking along the road, some boys came out of the town and jeered at him. “Get out of here, baldy!” they said. “Get out of here, baldy!”
24 He turned around, looked at them and called down a curse on them in the name of the Lord. Then two bears came out of the woods and mauled forty-two of the boys.

I think that makes it pretty clear.

People have asked me to explain the music business to them, here is an explanation as I best understand it. 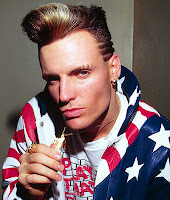 All over the world, teenagers are putting the money their parents spent on piano lessons and/or computer equipment into making music. Some because they like the feeling of creating something with or without other people, and others because they want to be famous.

However, there is the chance of success. This depends on a number of factors: 1) Luck. 2) Persistence. 3) How attractive you are.

For good-looking, talented people, a break-through can be found by writing one catchy song. Even if your usual style isn’t for catchy songs, you will still need to do this once to get success. This of course, in the future, will lead to much bitterness when this song becomes the only thing people want to hear despite the fact it is unrepresentative of your work and generally very irritating to you.

For good-looking, untalented people, success can be found by hooking up with the right producer, befriending the right executive or marrying the record label boss.

None of this applies to geniuses. For geniuses, they still need luck and persistence, but they can get away with not being good looking. In fact if you are good looking, you will never be labelled a genius. 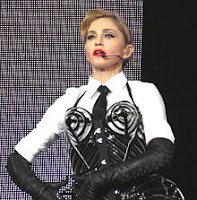 So what happens when success comes? Well, you go from working hard to get the right people to hear your songs, to working even harder as the record label tries to get the most out of you before your shelf-life expires.

Good-looking, talented people will get exhausting tours playing gigs to as many people as possible.

Good-looking, untalented people will get exhausting publicity tours, appearing on as many TV shows as possible.

There are many ways to measure success. Record companies prefer the measure called “record sales” as this is an indication of your profitability and is easily distorted. When a record makes it big, the band is said to have gone platinum. This is because at this point in a band's career, all their girlfriends (and boyfriends) are blond.

There are many ways to cash in on success. Some are listed here:
1)      Follow-up singles: these are songs released shortly after a huge hit that are very, very similar to the last hit in theme and sound.
2)      Remixes: Take the song, change the tune, up the volume of the low frequencies and add film sound-bites.
3)      Multi-Singles: Where the same song is released in several formats. E.g.: Single Version (featuring 2 songs that were not good enough for the album), Bonus Live Single (features the original song and 2 ‘live’ tracks which are other songs from the album with cheering dubbed onto them); 12” DJ Remix (the same song doubled in length, plus 2 other versions also twice as long but with all nuances removed); Japanese Import (exactly the same as the Single Version but with a different picture and a little piece of card on one end with Japanese writing on it. Costs four times as much as the original Single Version). 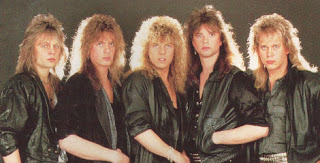 So, what happens next? All bands have a shelf-life. The clever ones split at their peak, but most carry on for much longer than is necessary. There are 4 basic types of band / singing careers:
1)      One-hit Wonder: you have one hit and can never follow it up. Eventually you return to whatever job you did before to be reflecting or bitter as is your wont. You will be asked from time-to-time to do interviews if the song was particularly memorable.
2)      Right-Here, Right-Now: You are immensely popular for a brief period. A lot of money is made (hopefully by you, but usually not) but 2 years later you seem dated and people can even remember the names of One-hit Wonders before they recall you. Wise investment can lead to a happily-ever-after. More normal is some form of addiction.
3)      Medium Career: This is when you manage to sustain a good long career of even up to a decade before you fade out, retire, come back, retire, die and have another hit single.
4)      Long Career: A long career will span decades. There are two forms of this:
a.       In and Out: You accept that you will have many years where you are considered passed it or uncool, but keep at it, after a certain period it will be decided you are in fact cool again or just the right sort of kitsch / retro.
b.      Constantly Changing: Every few years you develop a completely new look / sound / face.

Pretty much every path in the music industry leads to bitterness, some of them lead to a lot of money, but most don’t. If you don’t care so much about the music, but are pretty, lucky, persistent and prepared to do anything for fame – particularly if you a penchant for well-fed, middle-aged men in pony-tails – you have a chance of becoming a One-hit Wonder or even Right-Here, Right-Now. If you are a bit smart, you can go on a bit longer but you have to remember you are at the whim of fickle teenagers and middle-aged men desperately trying to please fickle teenagers. But if you stick with it with blind persistence, these teenagers will become middle-aged and happily spend €150 on a ticket to see you from ¼ mile away.

[Originally written in 2006]
Posted by Peter More at 09:19 No comments:
Email ThisBlogThis!Share to TwitterShare to FacebookShare to Pinterest
Labels: Anthropology, Articles, Music

After a tense month of country squaring up to country, passions enflamed by old rivalries and a need to restore national pride in these ailing times, Europe is getting back to normal. Obviously I'm talking about the football (that's "soccer" in the pidgin of North American.)

And when I say, "getting back to normal," I mean except for those people who understand the appeal of tennis or link their country's worth based on getting gold medal in synchronised swimming or stick throwing.

It's fair to say synchronised swimming doesn't enflame the passions like football does.

There are some for whom as soon as the championship starts, they dress up in extra large versions of their team's uniform, they paint their face like a flag and wake up chanting "Olay olay-olay-olay!" or something equally meaningful.

All of which shows people can be proud of where they come from and/or the country that has given them somewhere to live.

At the other end of the spectrum, you have people who say. "It's only football." "It's just 22 overpaid men, who love themselves a little bit too much, kicking some air wrapped in leather up and down what could be a perfectly good car park."

All of which are fair points. I've been told, during halftime, Cristiano Ronaldo has his hair styled. This may or may not be true, but doesn't seem ridiculous.

However these people will always let themselves down by having something they, themselves, irrationally get over excited about. Often it's shoes.

They see a new picture of a pair of shoes on the internet, designed by Jimmy Shoes or Patrick Socks or Christian Leggings (or one of those fellers), and they scream, "Oh my god Oh my god Oh my god! A new type of shoe! Olaaaaay!"

Failing to get the irony that "they're only shoes." They are small strips of leather you stretch over your feet to help protect them. Designed by an overpaid fetishist and made by scared, starving children.

My favourite sight during the world cup is often seen in bars showing an England match. There'll be at least one big, big guy. He'll be wearing the largest official top they sell, that comes to half-way down his belly. He'll have a huge beer in one hand and some sort of meaty, fried snack in the other. He'll be breathing heavily from standing up for 20 minutes and he'll be shouting at the screen at a player who has run the whole length of the pitch only to lose the ball to two very aggressively determined defenders, "Get off! Get off the pitch! You're unfit!" Right.
Posted by Peter More at 12:48 No comments:
Email ThisBlogThis!Share to TwitterShare to FacebookShare to Pinterest
Labels: Anthropology, Europe, Fashion, Sport
Newer Posts Older Posts Home
Subscribe to: Posts (Atom)