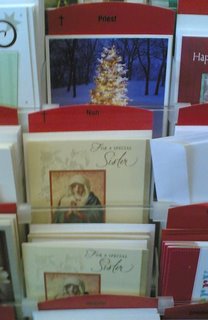 One thing the US is not short of is TV Judges. There is a positive spree of these shows where small-claims cases are taken over by TV and broadcast, judged by a quick-witted and often bitchy judge. They tend to be somewhat Jerry Springeresque but without the violence. Typical scenario is Lynsette-Mae Hallibasta is suing her ex- boyfriend Joe Schmuck for the money she claims she leant him to buy a car and he spent on booze. He claims said money was a gift. It's often hard to care or not feel the urge to shake the woman and say, "did you really give your alcoholic boyfriend money and expect to see it again?"

As we were in that part of the world, it made sense to go out for some good, honest Cajun eatin'. One of the best providers of such cuisine is seafood restaurant Pappadeaux, a reportedly Greek-run chain. We over-stuffed ourselves on the huge portions of, in my case, Gumbo and Crawfish Etouffee, and even took a large amount of it home.

On the way there we passed a car with the number place "TRU GOD." Had it been a sports car, I would have assumed it referred to the driver's opinion of himself, but it was a much more modest vehicle and no doubt proclaimed the deep faith of the driver, albeit somewhat ostentatiously. 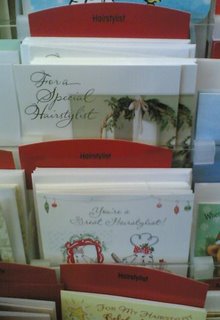 Cards have been an essential part of The Christmas experience since Quanthor the Generous gave the first Yule Tablet in 460 BC. Original cards were just blank stone tablets onto which pictures and messages were chiselled by the sender or hired craftsmen. The first true Christmas card was sent in 0 AD/BC (also a popular band of the time). It read, "Announcing the birth of our first born son, Jesus."

In time the cards became cardboard, and were pre-printed with Yule and later Christmas designs and messages. And then even the bit where you put who its to (father, sister, uncle, etc) was pre-printed. In America, ever keen to take things too far, they have cards for every possible relationship you could have. Not just cards for "Father and his new bride" but also for your priest, nuns and even hairstylist. I kid ye not.

There was even a separate section for cards from the pet. In fact the card I got for Catherine was from the "from your dog" section, because actually it had the message most like what I wanted to say unlike the mush that filled a lot of the other cards. It has no reflection whatsoever, I should stress, with my relationship with Catherine. Anyway, I must stop now, it's time for my walk.
Posted by Peter More at 22:26
Email ThisBlogThis!Share to TwitterShare to FacebookShare to Pinterest
Labels: Anthropology, Christmas, Food, History, Religion, Travel, TV, US