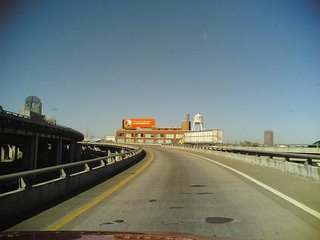 I have noted before that around the world, different areas have different walks. I noted that a lot of young Israeli men seemed to have a kind of swagger, probably due to having a rifle at home. I saw a couple of Texans who all had a particular walk. It was a kind of an awkward, staggering waddle and was entirely due to their waist being about ¾ of their height.

That being said, it is notable that this is far from the norm. People have a particular idea about Americans and obesity, partly born out by statistics. And they say everything is bigger in Texas. But actually, I was surprised how regular sized most people are. Not skinny, of course, but less obese than I remember. It is still impossible for Lady Catherine to find anything in her size, unless she goes to the kids department, but there the stock of sexually attractive clothing is scandalously nonexistent. Somewhere there must be a small emporium called something like Jailbait and stocking cute little numbers from the Lolita house. Proprietor: one Pete O'Phile. 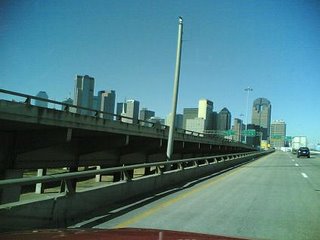 As with previous days we spent a chunk of it in the mall. We'd been so busy in the build-up to leaving the Netherlands, we had done zero Christmas shopping. And if there is one thing you cannot avoid at this time of year, it's shopping.

There is a conception that the US is a kind of United States of Generica where every mall looks the same and contains the same stores selling the same stuff. And to a degree this is true. However, different areas can have different franchises, although they all spread out and repeat themselves within that area. So there are some chains in the Dallas area that you don't see elsewhere. It's not quite variety, but it's a marketable alternative.

One national chain I was introduced to was Mrs Fields Cookies. Mrs Fields does very nice cookies, despite the fact she seems to be some sort of right-wing monster, by all accounts. But they do say that fascists have the best cookies. You should have tasted Mussolini's Brownies. Mm mmm. And you may think Hitler was the evilest fiend who ever lived, but you never had one his fudge-nut butter biscuits. 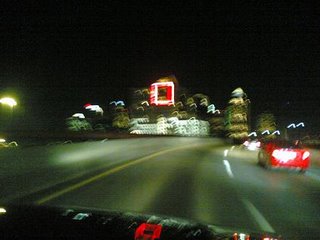 Posted by Peter More at 00:00
Email ThisBlogThis!Share to TwitterShare to FacebookShare to Pinterest
Labels: Anthropology, Christmas, Travel, US