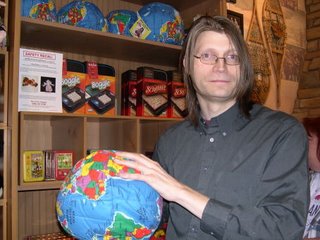 I must admit I used to have a similar reaction to the young Damian (from The Omen) with regards to going to church. Loud choral music in my head as I approach causing fits of screaming. These days I enjoy the anthropological experience especially when it is clearly going to be a different church experience to the one I was brought up with.

To me, church means an ancient, unheated building designed to make you feel that God is much bigger than you and that you are no better than a scurrying vole in the cold dimness of life.

When I heard I was to be going to a church in America, two stereotypes presented themselves and filled me with anticipation. Mega-churches and Gospel churches. Ideally it would be a Mega Gospel Church.

The vision of my head which was a combination of the frenzied gospel scene from The Blues Brothers and the Superbowl (the world's biggest bowls spectacular). Of course, this was incorrect, and the vast majority of faithful Americans don't go to churches like these. In fact in the States, religions are like sandwiches. Everyone has their own favourite, each with its distinct choice of fillings and they go to the church that makes the one exactly how they like it. In Europe, the choice is usually simple. If you're Christian, you are either Catholic or one of the local protestant churches (of which there is only a limited denominations in any one area). In the States, every church seems to have its own brand, and you can be a Preternatural Pentecostal or a Presbyterian Episcopalian, or even a member of the Church of the Flying Spaghetti Monster (Feel his noodly appendage). 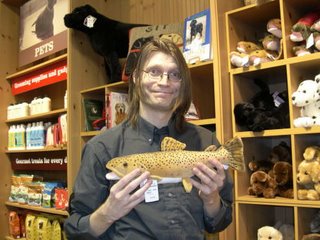 The church we went to is very informal and gives a feeling more like that of one big family than the traditional "we church, you masses" relationship. It was a lot about sharing and it was even acceptable to call out things to the under-pastors. (Calling out to the full preacher is not done, but apart from that people seem free to almost heckle those who speak before the headline preacher makes his appearance.) The service seemed to take lots of bits it liked from other churches which made it feel all the more human. There was even a karaoke screen on which the words of hymns appeared. The older hymns I knew, but there were quite a few 'modern' hymns (those written after 1900). These tend to be dull and repetitive. One was apparently arranged by Beck, and I was expecting something funky and offbeat. It however did not appear to be the same Beck as I was thinking of. 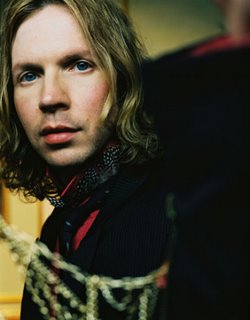 During the middle, one of the under-pastors came and told a story to all the children. It was a typically cute tale about some flower that blooms in Mexico at Christmas. After it the children were lead off to "Children's Church" which from the description sounded more like a playpen. I was too tall.

Preachers in the land and age of TV have to be more like entertainers than ever. And ours was quite compelling, putting his point across with skill, good examples and a firm observance of the laws of story telling. He perhaps overplayed the examples for my taste, but in land and age of TV, subtlety is not your best weapon.
Posted by Peter More at 22:27
Email ThisBlogThis!Share to TwitterShare to FacebookShare to Pinterest
Labels: Anthropology, Christmas, Music, Religion, Travel, US