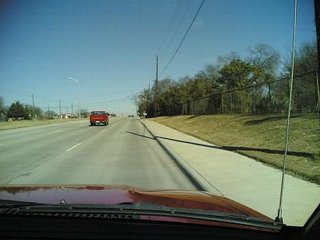 The first port of call of the day was a supermarket. Although obviously in the UK it wouldn't be called a supermarket, rather a small town. With European supermarkets carrying more and more American-influenced or American-produced products, it's easy to think you've seen everything, but of course, like Jaffa Cakes and stroopwafels, America too holds back one or two goodies for themselves. Nestled amongst the fruit were little boxed of pre-sliced apples. Not new in itself as I've seen the same in Albert Heijn, but these came with a caramel dip. It reminded me that NOTHING comes in America without extra sugar. Even spare tires probably come with a free sachet of sugared honey dip. In the health-food section, was the usual array of nut bars. In the Netherlands, they throw in at least one variant with chocolate on for people who can't quite go all the way. In the States there is not a single "health bar" that is not smothered in chocolate or something that attempts to simulate it.

On the way back, we drove past many identical, yet somehow differently-branded burger bars. A popular one in the Dallas area is Waterburger (or Whataburger). It looks like the sort of place people go when they don't want to go somewhere so up-market as McDonalds. 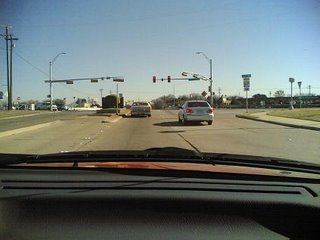 One thing I got to witness at first hand was people getting annoyed at the expression, "Happy Holidays." The expression "Happy Holidays" is used so as not to offend people who do not in theory celebrate Christmas (Jews, Muslims, Hindus, Buddhists, etc, etc), some of whom happen to also have holidays at that sort of time. However, the attempt to appease those not celebrating Christmas has upset some who do celebrate it. For me, I don't see the problem because Christmas is no longer merely a Christian celebration; the date and paraphernalia have been taken over by the more powerful religion of consumerism just as Christianity took the date and the paraphernalia from the pagan festival of Yule. Everyone celebrates Christmas, or at least realises that ALL shops do. It's no longer about some Jewish kid born in a barn in September who went on to become Messiah. (Although he didn't do the one thing Messiahs are supposed to do and deliver Israel up to God, but hey.) Christmas or Xmas or Salesmas is now the time of year enjoyed globally by retailers. A time of TV movie premiers and extra long episodes; a time of compulsory shopping and irritating music; a time of unnecessary familiarity at work and for being told you are a bad person if you don't get swept up in the ridiculousness of some of the rituals.

So, I don't mind what people say and don't mind admitting I think too much fuss is made of a holiday mostly celebrated by shopping establishments. A holiday that a lot of people who do celebrate it don't do so for any religious reasons. It's now part of global culture and no longer a purely religious thing. As Christians adopted these things from pagans, so global society has borrowed things from Christianity and a Dutch homage to a Turkish bishop to create a celebration of buying stuff. 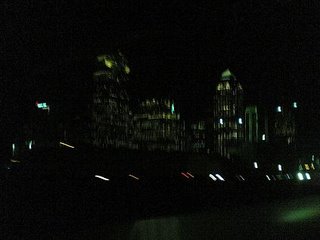 Posted by Peter More at 15:28
Email ThisBlogThis!Share to TwitterShare to FacebookShare to Pinterest
Labels: Anthropology, Christmas, Food, Religion, Travel, US