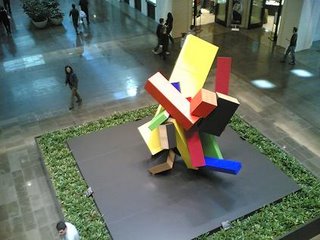 The day is approaching and I realise this could be the soberest Christmas I've had since I was 11. Cath's parents live in a county which until recently was dry – i.e. sold no alcohol. You can now get wine or beer, but none of the hard stuff. You have to go a couple of miles further down the road for that. I am not complaining. In fact it's nice to be away from the social compulsion to drink.

As a rule, Americans aren't really such big drinkers. A clue to this is the proliferation of Budweiser. Budweiser is the beer equivalent of those little cheesy triangles. It's not in any way real, tasty, quality or deserving of a place of a place on the planet.

For lunch we ate unexpectedly acceptable sushi from a food court stall. Reminding us that America can do some terrible things to its food, but food is important there and there are places were they do things right for the people who don’t just want sugared meat in sugared buns. However we did allow ourselves another of Mrs Fields Fascist Cookies.

The streets are filled with large SUVs (Superfluous Ugly Vans or Sports Utility Vehicles). Most impressive of all are Hummers. Hummers are very recognisable because that's what the US army drives. Most of the time you see one outside of the US it is being attacked on some Iraqi roadside or it's sitting burned out next to a crater. Driving an armoured personnel wagon helps confirm to Americans they are living in a war zone and that their fears are utterly justified. 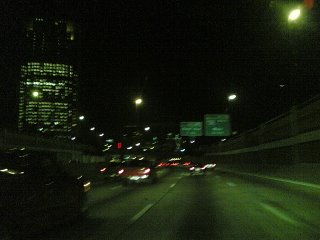