Thursday 5 June: Seattle; Dallas, Texas – Down in the Underground at Midday 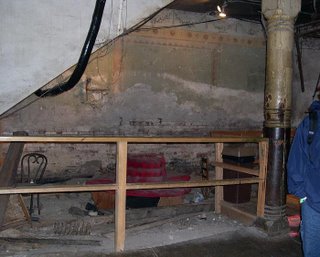 We were both up early. Cath typed up notes from her conference and I thought of breakfast and the accompanying coffee. We decided that after checking out, there was enough time to slip in one tourist thing before we headed to the airport. Just round the corner was the base of the Seattle Underground Tour. 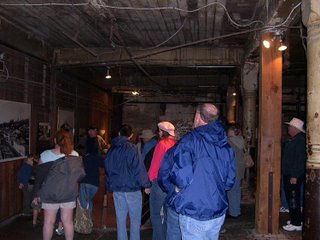 It's a tour that goes underground, because there is more to Seattle than what you see. The pamphlet said the tour was side-splitting, but it was more like slightly amusing verging on groany. It was very interesting, giving you a well-told, somewhat humorous introduction to the history of the city, and how it comes to have an under-street level. But the tour itself is too long for the information it imparts. Instead of going into three separate areas you only really need to go into one as part of a longer tour. But you can't deny they are onto a good thing. Tours every hour at 15 dollars a pop and ours had something like 80 people signed up. That's $1200 (divided by 2 tour guides, the company and the rent they have to pay to the shops and buildings who own the bits under the pavement we visited; Oh and tax). 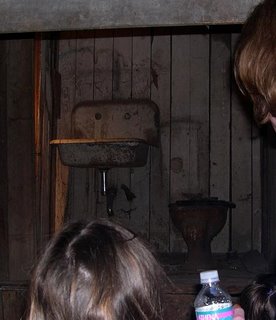 So we saw a few things we wanted to in Seattle. Although we didn't make the pilgrimage to the Subpop record label offices. Seattle is not a big tourist town, and doesn't seem to be a desperately great place to live (although it does seem to attract tramps). But then the two things Seattle is known for is coffee and Grunge. And neither are things that really imply it's a great place to live. In fact just the opposite. 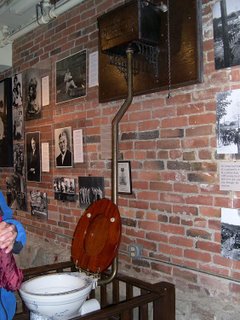 We snatched some lunch at Marcela's Cookery - New Orleans Cuisine, grabbing a jambalaya and etoufee and admired the masks on the wall. It's a cute little place created out of love it feels. 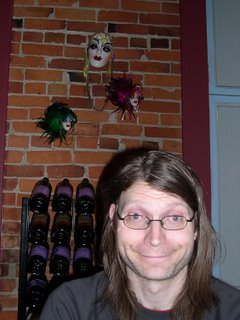 Getting to the airport in Seattle is pretty easy. A taxi sets you back 30 dollars and takes 20-30 minutes. We allowed far too much time, but then I like to be cautious. As it happened our flight was delayed by something like an hour. Internal flights in the US now only SELL you food and alcohol, but the water is still free. The in-flight movie was "College Road Trip" which was more family-orientated than the title suggests. But I watched it without the sound so those kids and cute animals could have been swearing like bitches for all I knew. 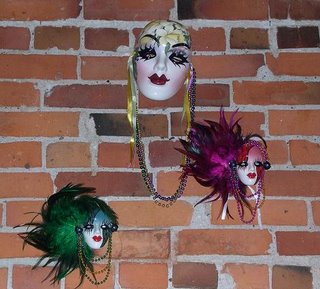 Because of wind, our plane took a detour and we were even more delayed, but as it happens it didn't matter too much as because of some miscommunication, Cath's parents were in bed and not there to meet us. We called them at what was then something like one in the morning and felt quite bad about that. 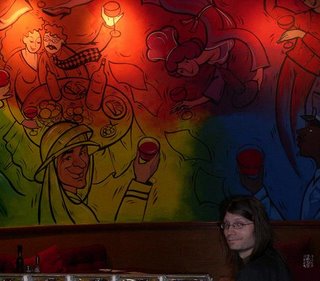 Posted by Peter More at 21:06
Email ThisBlogThis!Share to TwitterShare to FacebookShare to Pinterest
Labels: Drink, Food, History, Transport, Travel, US