We broke our fast but were unable to get to the waffle maker again because of a throng of children and their parents. However, today there was a little Spanish lady who made omelettes how you like them. I like them warm, full of mushrooms and made by Spanish ladies. 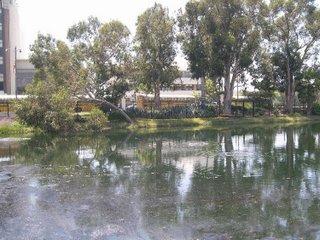 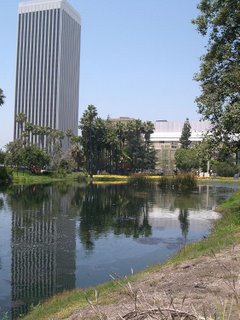 After this we checked out and drove to the La Brea Tar Pits. The tar pits are several patches of tarry water that are filled with animal bones and surrounded by school children. Over thousands of years many creatures have found themselves trapped in the sticky pools, sunk to their deaths and been preserved as bones. For the last 100 years or so, humans have peering into the pools and recreating the creatures from their bones. There are thousands of wolves, sabre-tooths (which are no longer called sabre-tooth tigers because they ain't tigers) and American mastodons, which are like mammoths, which are like hairy elephants. (You didn't know America had elephants, did you.) Many of the creatures whose bones were found in the pits are now extinct. This could be due to the fact they kept falling in the pits, but that doesn't seem to be the most popular theory. Only one human skeleton has been found which is surprising considering how many kids there are running and screaming all around. 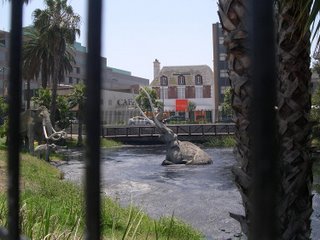 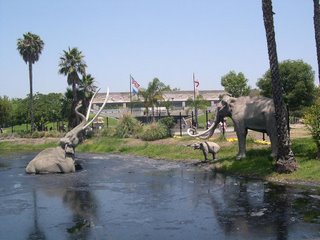 If you have trouble imagining how these creatures could get trapped in the tar, models of mammoths illustrate. On one side of the largest pit, a female sinks as her mate and child look on helplessly. On the other side, a happy little mammoth strides merrily off the edge unwittingly into the black goo. The human kids all run around merrily in what is essentially a place of death. 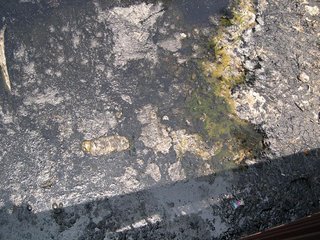 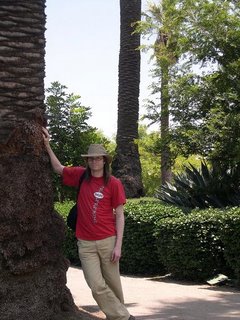 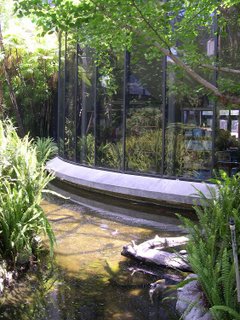 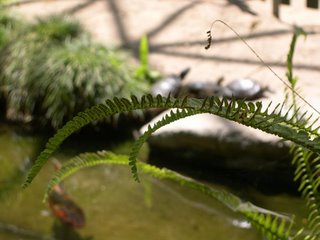 In the cheap museum, you can see many reconstructed skeletons, some life-like models and some awkward animated ones for kids still young enough to like that sort of thing. There are some facts, but possibly the best bit is the quiet arboretum in the middle (which is forbidden to groups of children). It has plants and a pool containing big koi and an abundance of turtles. The turtles swim about lazily or sun themselves. They were all relaxed except for one little one, who enjoyed aggravating the others by swimming in front of them and waggling its paws in their faces. A teenage brat turtle. Awesome. 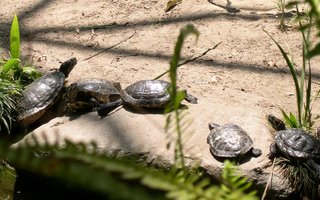 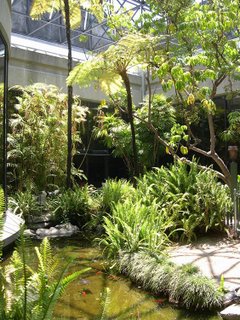 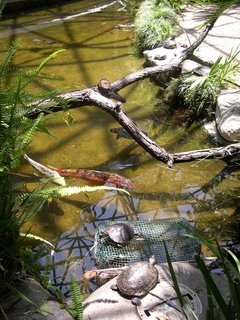 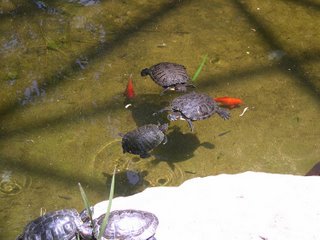 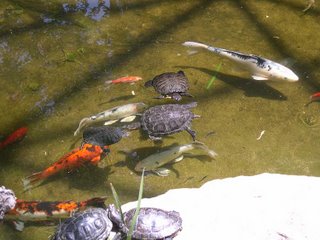 On the way back to the hotel to pick up our luggage, we drove up Rodeo Drive, famed shopping haunt for stars. The street was mostly full of tourists looking for stars, just like we were. We arrived at the airport with plenty of time to spare. The trouble with LA is at one time the roads are fast moving and you can fly anywhere, but a few minutes later, it all grinds to a halt. There wasn't a great deal of choice at the airport, so we had to eat at Chili's a chain that is a kind of prefab Texas. I had fajitas that were adequate if you ignored fact that everything had been sweetened. 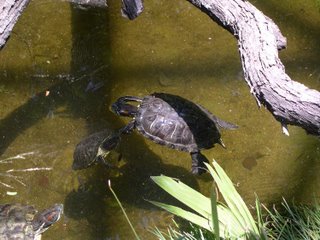 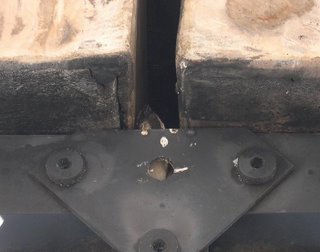