Me Myself and Isolation: day 7

Day 7. End of the first week. After today we are half-way through.

We are greeted with the news that Sweden is now on the exemption list. I’d have expected to be more annoyed, but arbitrary rule changes are very much the norm these days. The rule is if you arrive from Saturday, no isolation. If you arrive before, you isolate for 2 weeks. I pity the chumps who land Friday night rather than Saturday morning, cos they gotta isolate while their slightly later friends are free. It does seem a little ridiculous.

What this means is that if we had stayed an extra week, we wouldn’t have to isolate next week. But as it stands we do.

The news comes just as some of the surrounding countries seem poised for a second wave. However, Sweden might have achieved that fabled goal of herd immunity. Only time will tell.

I think that phrase herd immunity might sound more attractive with a different collective noun. Very few humans want to be in a herd. No one wants to be cattle. Pack immunity, sounds better. As do Collective protection, Community immunity and local resistance.

Sad news, our robot vacuum cleaner – the one the toddler refers to as “the robot” – has reached that point in its life where the battery starts giving up. We hope it hasn’t got the electronic corona. Sometimes it goes for a few centimetres and then starts slowing down like it’s wheezing. It was just as the toddler started getting braver. A couple of times she even approached it as it slept and switched it on. She immediately ran away with that overjoyed / terrified scream, you almost never hear from adults. 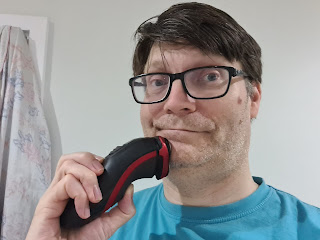