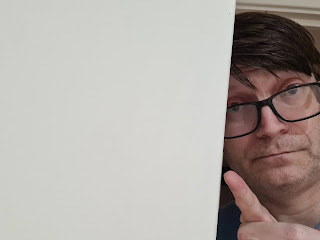 Diana Rigg is someone even younger readers would know due to her doing an excellent job as the matriarch of the Tyrell family in Game of Thrones. Many others will remember her as the only “Bond girl” that managed to get him to settle down (for about the length of a wedding) and, of course, she was Emma Peel.

If “Emma Peel” means nothing to you, then it will take too long to explain. I’d have to go into The Avengers, and then explain that it’s not The Avengers you are thinking of. The one I’m talking about was the archetypal paranormal / science-fiction -influenced spy show (Psy-Spy-fi).

It’s made me intrigued to find and watch a couple. Been a long time since I saw one.  It has never been as easy as it is now to find old TV shows. Not that The Avengers would have been a hard one to find, as it was the ultimate in mainstream cult classic and a box set would have been available from shortly after the box set was invented and packaged up In a huge bundle of VHS cassette tapes. Now some of the older, more obscure series can be found for free, while others can often be streamed for a few shekels. And Box sets still exist.

I like the idea of boxsets, but I also like the idea of space in my apartment. Charlie Brooker (I believe it was) described boxsets as tombstones for old TV shows. The final clincher is that my partner hates music or movies on physical media.

So you can see, I’ve been busy. What else should I watch? Agree or disagree with my opinions? Let me know.

Also, we are not allowed to meet up in groups of six or more in England. A friend from Wales taunted us, but pointing out he could meet 6 or more people. In Wales 6 people is called a town.