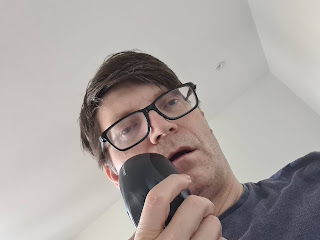 The people of this planet are strange.

The more false the ideas of the inhabitants the stronger the belief in them when confronted by contrary information. They have the power to have information shared by everyone, so that the people could be united by facts, but the devices that share this information shares everything and has very little to no distinction between truth and non truth.

They consider themselves rational people, but they are far from it. What they call their rationality ,is an afterthought. The think things based on emotion and then use their “rational side” to justify their thoughts.

They cordon themselves off into separate areas often marked by unnatural boundaries and worship the ground they happen to be on as somehow sacred and more worthy of similar dirt elsewhere. They consider the pieces o dirt around theirs the most evil and the most worthy of ridicule despite them and their inhabitants being the most like themselves.

They want to be loved but seem to value those who do not love as people worthy of exulting.

They scoff at the notion of worshiping money, but it is the thing they protect the most. It is generally considered to be mark of someone who is worthy. Perhaps that’s why the word is “worthy.”

Sometimes things are written that are so holy to them, that despite the ambiguity and anachronism of the words, anything that seems to contradict these words upsets them to a dangerous extreme. They words can be simple line in a national declarative text or a whole book to dictate an origin story and set of rites.

Often the less they know the more certain they are they are right.

In summary these are a strange people who see themselves above everything but fail to lose the shackles of scared, squabbling animals.