I’ve gotten a little sick. It just seems like a cold, but these days even the slightest sickness fells one with dread that it is the feared lurgy that is currently stalking the land. It most likely isn’t, but you can’t think it.

From my last entry you might be thinking I have been doing nothing but watching old TV, but that’s not true. I’ve been watching new TV too. Plus movies. 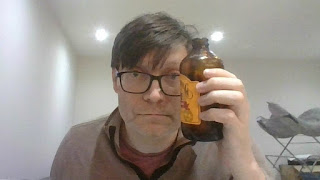 At the start of lockdown, I began watching things somehow inspired by the pandemic. These have been mostly disaster and apocalyptic disease movies. Here have been some highlights...

What have I missed that I really should see?
Posted by Peter More at 21:17
Email ThisBlogThis!Share to TwitterShare to FacebookShare to Pinterest
Labels: Corona Times, Health, Lists, Movies, TV, UK, US