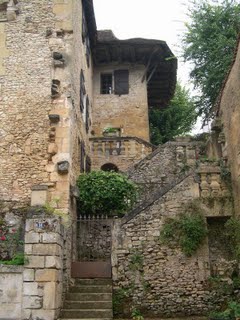 Le Domaine de la Barde is a 3-star hotel in 5-star setting at 4-star prices. The breakfast was a little pricey, but respectable if little cold. It also has the decency to be available until 11. Most hotels think their guests are the sort of people who like to be up and out with the crowing of the cock. Decent hotels know that civilised people don't go in for eating breakfast at 8 am when they're on holiday. To accompany your food Brahms is piped in. All very civilised.

We walked around town, took in the tourist office and regarded the River Vézère. There is not a great deal to the village – it is, after all, only a village. It has 3000 people but a disproportionate number of hairdressers. To put it in perspective, we only saw 1 shoe shop, 1 clothes shop and 1 Irish pub on this wander yet 3 hairdressers. 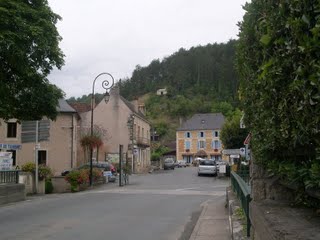 High Tea (pain au chocolates, tea and orange juice) was consumed on the hotel terrace to the sounds of birds, running water and traffic. Most of the grounds are away from the traffic noises, but the terrace at that time, was not one of them. It was after all, a work day for those people who do that sort of thing.

Time Out Amsterdam called and asked if I wanted to interview a comedian the next day. Sounds glamorous, but it's the only time they ever called me. Probably because the first time they ever did call me, I gave the oldest excuse in the book: I'm in an old chateau in France. 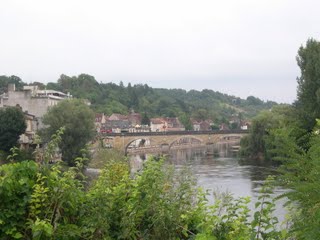 Our room came with a basket of books in a couple of languages. One particularly excited me, La Grande Fenêtre. I'd only recently finished the original, The High Window, by a chap called Raymond Chandler. Of course in French, it's pronounced Raymon Sharndley. I never managed to finish the French version, as we'd have needed a week or two longer for that. But it felt good to do something to knock my French up a knot or two.

We had a good, well-priced dinner at the Hotel Le Cygne where the waiter even recognised me as the guy who asked for directions to a different hotel the day before. It was almost like a little jab to say, "I bet the people in your hotel don't remember who you are." I'm sure we tipped him well. 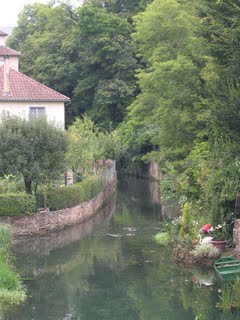 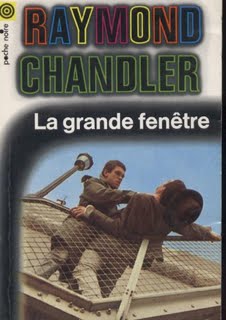