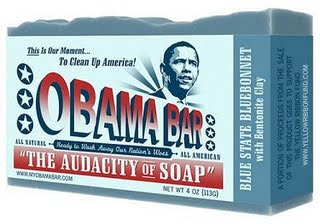 Somewhat refreshed from a few hours' sleep, I grabbed some breakfast and wrote a note to the cleaner to explain the damp toilet roll in the bin was not the actions of hedonistic rock'n'roll stars hell-bent on trashing the place. I think the fact that otherwise the place was pristine should have made that clear.

Our cab driver was from somewhere in the middle of the 21st Century. He had a futuristic Bluetooth ear piece with which to make calls. When we asked if we could swing by an open Borders, he used his GPS system to find one and also get the number to call up it. When he got no answer he called a nearby Barstucks to see if they knew when it was opened. It seemed the numbers could be automatically transferred from the GPS to the phone. There was even a webcam which was presumably for video surveillance. The guy was clearly some kind of spy. Probably working for the Indian security services. He was far too helpful and efficient which had to be a cover for some sort of shenanigans. It was certainly a lot of technology to use to replace our lost copy of Bitch magazine.

Like spies posing as taxi drivers, some airports are amazing centres of efficiency and organisation. Seattle is state-sponsored chaos. But it did have a "family washroom." I'm not sure what a "family washroom" is and how it differs from a regular washroom. I guess it means the graffiti is clean. It’s clearly another example of wholesome American values. The family that pees together...

We had a little time to check out the gift stores and chuckle at the latest novelty gifts such as Titanic ice-cube moulds and a Barack Obama cleaning bar called "The Audacity of Soap."

Having gone through the several layers of security, we were in the tunnel going to the plane and here found yet another layer. Customs officers were randomly stopping people to check if they had $10,000 or more on them. I think I've explained before that US Customs has a huge budget to justify. 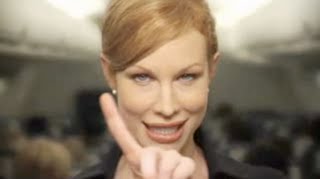 The Delta safety rigmarole is still my personal favourite of all the safety rigmaroles I've seen. It starts with a casual pilot telling you to pay attention and it is filmed in the style of a movie trailer. It features an Angelina Jolie clone in full close-up and a comedy, bald, bearded, fat man. At one point the comedy fat man smiles and his teeth ping. During the video, the captain has time for a sex change. You can see it here.

The choice for in-flight food was the same as it always is now: Chicken or pasta. This still bugs me as they are far from mutually exclusive. Next time I'm asked, "Chicken or pasta?", I'm saying, "Yes."

On the long, flight, I managed to watch some previously unseen (by me) sitcoms, Big Bang Theory (which I enjoyed*), and Chuck (which I barely remember*); I got some writing in, did a crossword and possibly snatched a five minute nap. Not quite the best method for beating jetlag, but it's slightly better than the rockstar method of drinking way too much and urinating in the aisle.

The one thing I didn't find space to mention was Cath's underlying fear for this whole trip regarding Swine Flu, or as they still call it in the Netherlands, Mexican Flu. People have been encouraged to drop the name Mexican Flu because it somehow associates the disease with Mexicans. Instead the preferred name is Swine Flu, despite associating the disease with the golden animal that gave us ham, bacon, gammon and pork scratchings. So basically, for the entire trip, Cath had in the back of her mind a fear of coming into contact with Mexican Flu. A fear, that right up until the end seemed thankfully unfounded. That was until we got on the plane. As Cath sat there hoping the seat beside her would not be filled, it became filled by a man who boarded the plane carrying a huge sombrero and who proceeded to sniffle the entire flight. This is not a joke. If you had to draw a cartoon of "Mexican Flu" it would be a man with a sombrero and a runny nose. This is exactly who sat next to Cath for 9 hours. It only could have been worse had he had a pig under one arm and a Chinese bird under the other.
Posted by Peter More at 11:44
Email ThisBlogThis!Share to TwitterShare to FacebookShare to Pinterest
Labels: Americas, Anthropology, Drink, Food, Movies, Transport, Travel, TV, US