Much of the US was "discovered" and named by Europeans whose career plan was "to find gold." Today, the equivalent would be a career based on winning the lottery. Many other names come from Native American tongues which are quite different to European ones. It means American names often have an innate comedy value. We passed Whatcom Community College, Nooksack Indian Reservation and Skagit. Skagit sounds exactly the sort of place a Coen Brothers movie would be set. We even sailed past a Free Unitarian Church, a name I always enjoy.

Everything was well and good until shortly after we popped into Barstucks for a pee, coffee and cookies. Driving along, we found we had lost a bag. 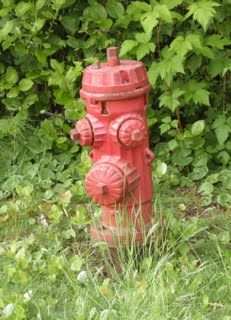 We had definitely had it upon arriving at the border and so we either lost it there or at the Barstucks. Cath had a vague thought she had taken it with her into the "Welcome" centre. This was a couple of hours back up the road and knowing how draconian they had been there, if the bag had been left there, it seemed likely one of the guys with all of their charisma in a holster would have had it destroyed as a terrorist device. Calling and claiming it could be a one-way ticket to the dark side of Cuba. Despite this, we found a number for the customs area, but got no answer. So we evaluated our options and likely outcomes and decided it wasn't so irreplaceable that we had to drive 4 hours extra and have a stressed, sleep-deprived evening for the chance we may get it back. It was only a bag of stuff, after all, and not a child. The only painful things to lose were a small notebook of Cath's and several weeks' worth of knitting (also Cath's).

We arrived in Seattle and joined the many, many other vehicles trying to drive through it. We eventually got off the free/high/expressway and found our hotel but not before going round the block a few times. This was because of one-way systems and the fact that Google maps is not so good when it comes to distances. We returned the car and headed for food. Lack of options in the immediate area lead us to The Daily Grill, which is not a talk show but a restaurant. Here I was seized by a whim to have pork chops with, my notes tell me, blackberries. They were on or near it as I recall in some sort of appetising mush. No froth was involved.

We were already missing the gentle accent of Canadians. City dwelling Americans seem to want to stab you in the chest with their words whereas Canadians tend to caress your limbs with theirs.

Back at the hotel we started listing lost things whilst I dug around the ubernet to get the right number for the customs point we came through. A very friendly person answered and yes, they had our bag. It had not been blown up and we were not on the most wanted list with a free pass to Guantanowitz Bay. However, we would only have just had time to get it and go straight to the airport the next morning. And we were already tired. Driving all night was probably not a good idea. We'd prefer to die defending democracy or resting contentedly, and not picking up knitting. The guy said he'd let us know if it could be shipped within the US, and we gave them Cath's parents' address in Texas. I thanked him profusely in as English an accent as I could muster. That stuff usually works.

This was a big relief, although there was no guarantee we would actually get it back, it seemed probable. US border patrol needs to justify its huge budget and we were certainly helping with that. So as to not keep you in suspense, I should tell you the bag has since been received safely, knitting included. It would have been most amusing had she been knitting a weapon of mass destruction, but actually it was a sweater.
Posted by Peter More at 22:07
Email ThisBlogThis!Share to TwitterShare to FacebookShare to Pinterest
Labels: Americas, Anthropology, Drink, Food, Language, Politics, Transport, Travel, US

...t had not been blown up and we were not on the most wanted list with a free pass to Guantanowitz Bay....

your write up is smooth and funny..loved readin it