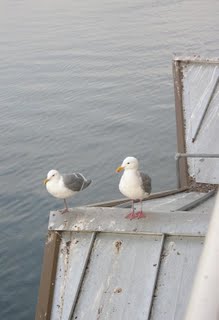 Due to time travel, I woke up at 6:20 am. I sat on the balcony over the sea and listened to the roar of the city. Like many big cities, Seattle has a background roar of traffic and... well, just traffic really. I observed a pair of seagulls clamour around the tin roof just below our balcony. One had an odd tendency to stand on one leg. In fact, for the first 15 minutes I thought he only had one leg. Every now and again one or the other would fly off or disappear under next door's balcony. They didn't even know or care that I existed.

Ships came in and out the harbour. I watched the steady progress of a huge container ship laden down with containers bearing the name Hyundai. 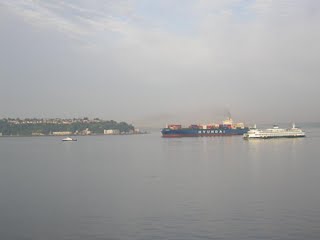 At shortly before nine we grabbed some coffee from the conference breakfast area, and I attended one of the sessions available to anybody (only Cath had paid up, I was a conference husband for the next few days; Free to play golf and have tea with other conference husbands, of which there seemed to be none).

During the late morning, I wandered through the maze of Pike Place Market and then topped up my caffeine level at a branch of Seattle's Best Coffee. It's pretty good, but I'm not sure it's the best. 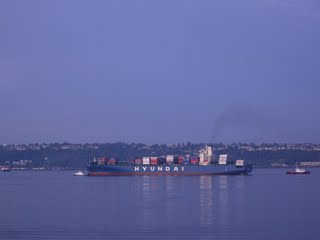 After that, I wandered around some more; joined Greenpeas; bought an ironic hat and some bubblegum cigarettes; and visited the bubblegum wall. I don't normally do so many bubblegum related things in one day, but when in Rome... The latter is a wall outside an improv theatre which has lots of bubblegum squashed into it. It's a local attraction and somewhat artistic and somewhat gross at the same time. Back at Pike Place Market, I finally got to see some fish being thrown. It's apparently one of the things that you must see and there are often tourists hanging about the same corner waiting for a new fish to emerge. 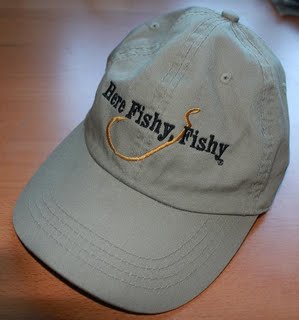 For dinner we had Vietnamese and were happy to see that some places do serve more normal American portions. Nouvelle cuisine isn't very American, being French and hard to spell. And small in size.

In a random drugstore, we found another of those American products that make you shake your head in wonder. This month it was Identigene – home DNA test kit. "for mother, child and alleged father." It's not really a home testing kit. It's a kit for taking the necessary swabs and an envelope to send them to the lab. It does not include the $119+ for the actual test. 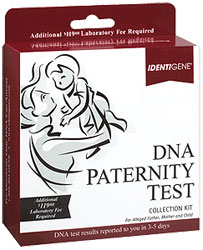 Down one of the narrow alleys between buildings, we caught sight of a scampering. And sure enough, as large as life and twice as smart, was a rat. We pretty much saw a rat every day after that. Seattle is all about coffee, rain, rats, fish, tattoos and totem poles. Not necessarily in that order. Somehow grunge got dropped off the list.

On the way back, we had to wait for a huge long train heading from the harbour area out of town. It was loaded with Hyundai containers. I guess they'd finished unloading the boat I'd seen that morning.

Luxury hotel it may be, but either the walls are really thin or the people next door were really loud.
Posted by Peter More at 18:53
Email ThisBlogThis!Share to TwitterShare to FacebookShare to Pinterest
Labels: Anthropology, Drink, Food, Science, Transport, Travel, US, Wildlife