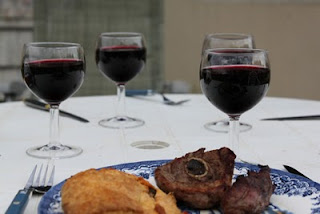 I'm always on the look out for ways to improve my schoolboy French. On a trip to L'Eclerc, I found a translation of a book I had recently finished; namely, "Le Chien Des Baskervilles." It was however aimed at persons "a partir de 10 ans" so was a little advanced, but at least the story was fresh in my head. I never finished it, so it puts it in the same category as all those other books I bought to help me with my French that proved too old for me: Cyrano de Bergerac, En attendant Godot, Les Men in Black. 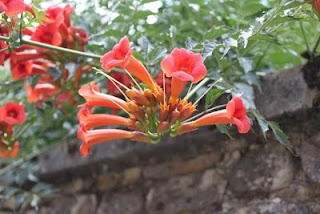 Children are such adorable, inquisitive, little darlings, as I believe I have said before. A couple of specimens are kept down at the nearby farm and frequently escape and come over our way to be their adorable, inquisitive, little selves. The boy likes to be useful and is happy to help out with any manual labour you need doing especially if it involves throwing bricks about and getting muddy. The girl is a constant stream of questions:

These were three she asked me in rapid succession. They are innocuous now, if a little cutting on occasion, but how long before they become,

"What time do you call this?"
"Is that lipstick on your shirt?"
"What do you mean you invited your boss to tea on the same Sunday my parents are coming?" 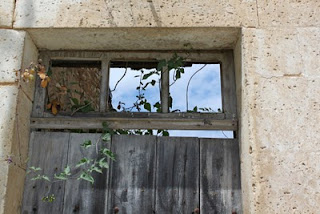 For dinner one night we had mouclade, which is a huge pile of mussels cooked in a tasty sauce. It helped me to invent the latest food sensation – mussels individually wrapped in a little red seaweed ribbon. It's called "Moules en Rouge." I think it's a great idea, and if I were ever to open a restaurant, which is a bad idea, it would, so far, be the only thing on the menu.

The whole time we had been at my parents' place, we had been hearing about a missing cow. Country folk are often seem blasé about their animals. Especially when they go missing. I believe they figure that they're wondering around nearby. It's not like they're hitching their way to the big city. They usually get found by other passing country folk (who can look at a cow and know exactly whose it is) or return of their own volition because they are hungry or they miss the herd or their udders need emptying. 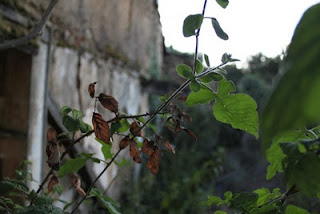 What surprised me most about it all was the revelation that cows can jump. I had heard tell of this before, but I'm starting to believe it. Apparently, those big docile things in that there field, ruminating and waiting for clouds so they have a good excuse to lie down, can, if they get the mood, take a big long run-up and jump over that hedge. And you don't want to be on the other side of that hedge when 800 kilos of flying bovine starts descending. 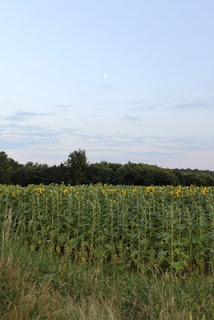