"Revenge is sweet, chocolaty and frequently unnoticed by the recipient."

The morning of the last day of this leg of the trip was bright and early. After an encounter with the space centipede and 2 strong coffees, it was time to drive to Bordeaux again. This time to drop the car off with the rental company and for me to catch a flight to the next stage of the adventure. 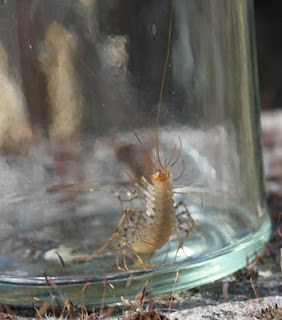 The French don't seam to deal with money the same way the rest of Europe does. Apart from everyone still thinking in Francs and converting to Euros, it seems, they handle bank and credit cards very differently to how I'm used to. Several times I tried to pay with my credit card only to find I not only needed to sign, but also enter my PIN number. In fact sometimes I didn't even have to sign, but I always had to PIN. I do have a PIN number for my credit card, but I never use it and so don't remember it. So I had to see whether they would allow me to use my debit card, which I do know the PIN for because I absolutely need to use the PIN for it to work. Firstly I was surprised that I could use my debit card, because only a few years ago, only credit cards seemed to work outside of where you lived, and supraflabbergasted that I had to (a) sign the chit and (b) not use my PIN number. Several time this happened, and I was sure when I came home my bank was going to call me up and demand why I signed for the card I need to PIN for and PINned for the card I need to sign for, but no. The bank accepted it.

Because the French roads, particularly those around cities, are unpredictable trafficly, I had allowed plenty of time. I had two hours to kill before my plane left, which I did, in part, with the sandwiches my mum had made and a coffee some unknown barista made me. I had the coffee at the more reasonable looking of the coffee places at the smallish airport. The guy seemed so amenable despite being surrounded by screaming kids, I ended up being relatively generous with the tip.

The airport was lousy with Brits who were all heading back to the UK. I, however, was on my way to Nice, adventure playground of the rich.

Once it became time for my plane to start doing things, with no indication of such on the board, I became concerned. If it didn't start doing things soon, it would be late. Then, after a time, the signs changed to say that the flight was "Terminé" which the board translated as "Finished." I had a few score minutes to wonder what that really meant, before they found the actual word they meant: "Retardé." Indeed. (It means delayed.)

To stop rioting, they gave out free drink coupons. So, as I waited for l'avion retardé, I went back to the coffee place and gave the waiter my coupon. He took it and plonked a paper cup of coffee down gruffly in front of me. I felt dreadful that I'd over tipped him the earlier time. And to get my own back I decided to buy a pain-au-chocolate from elsewhere. (Revenge is sweet, chocolaty and frequently unnoticed by the recipient.)

It was during this drink I realised that my passport was missing. I panicked about all the places I could have left it, all the people who could have taken it, and what they were now doing with my identity. I was probably executing exiled Palestinians as we spoke. Then realised I must have left it when I got the voucher from the pretty, grumpy lady at the far end of the terminal. I was correct.

I got my pain-au-chocolate from Paul Pain-Au-Chocolate who make all the regular French pâtisserie things but with whole wheat flour so they can charge you 50% more. (This is on top of the 75% more for merely being situated at an airport.) I'm not sure why leaving the wheat "whole" costs more than removing part of it, but apparently it does.

Eventually, the boards started saying positive things. In fact, they said in the far left column...

...which cheered me up. Breasts are to men what shoes are to many women: Any mention of them, reference to them, or humorous suggestion as to their importance in life is very cheering indeed.

Apparently the delay was due to part or all of the plane being missing. The plane we got to replace it was a tatty, old thing with an engine that made a clunky sound as we boarded. What's more, it was full of kids. (The plane that is, not the engine.) Although, that wasn't a fault of the plane itself. To keep me from crying and shouting, I was given an International Herald Tribute. Nothing was given to the kid behind me who was not only a screamer but a kicker. 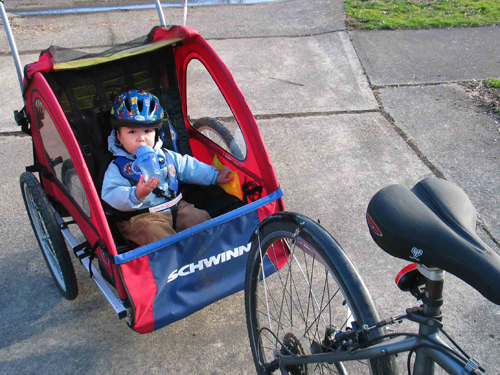 The good thing about the new plane was that it was bigger than the one we were originally supposed to have. It had six seats across instead of four. It meant lots of room (sideways, at least). In fact on my row, there was me by one window and on the other side by the other window was a lone child. Lone children are the best children on planes because they are always quiet and well behaved. Something about the presence of parents makes children jump up and down and scream the whole flight. Or it could be that children travelling alone are terrified into silence, in which case perhaps the solution is to send kids on different flights to their parents. Maybe a separate glider is towed behind the real plane with the kids on board like those baby boxes that get towed behind bikes.

As with the whole trip so far, I was photographing like I was a paparazzo and nature some knickerless starlet. Once in the air, I told myself to stop drooling and put the camera away. Just as I did a great set of mountains came thrusting over the horizon. Oh, yeah, nature, give me tectonic movement. 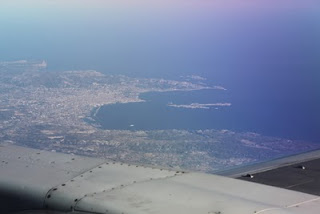 Nice airport is, like many airports in affluent seaside areas, created on reclaimed land so that it doesn't take up valuable real estate but can still be close to the town. As I believe is the norm in Nice, I was picked up and driven to where I was staying by two girls in a sports car. As they say, "Qui est le père?"
Posted by Peter More at 15:36
Email ThisBlogThis!Share to TwitterShare to FacebookShare to Pinterest
Labels: Anthropology, Children, Drink, Europe, Food, France, Language, Photography, Shopping, Transport, Travel, Wildlife