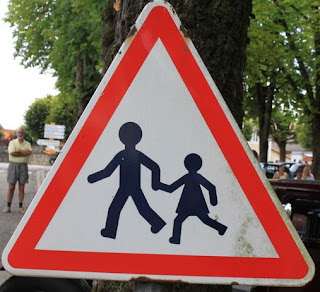 Despite being surrounded by the massed forces of Nature, we were able to relax quite a bit. The weather for the most part was great. Perhaps a bit too sunny for the paler man, but paler people learn early not to complain about these things when less pale people are around. 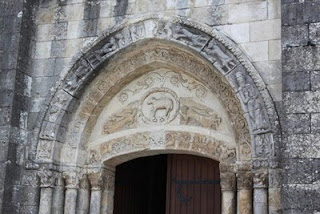 Lidls are everywhere now, like a misspelt rash, but I'm still very fond of L'Eclerc. Mainly because it has great stationery. I only go crazy about three things: obscure music, terrible movies and stationery. We're not so different, you and I.

You have to be careful shopping in France. French has so many words that we (English speakers) have stolen and misappropriated that danger lurks on every sign. Supposing you are after "lady things" for "that time of the month" (aka "judgement week"). Then, you need a "tampon hygiénique." Don't get a "tampon encreur" (ink pad), it will only make things worse. And certainly don't get a "tampon à récurer" (scouring pad). 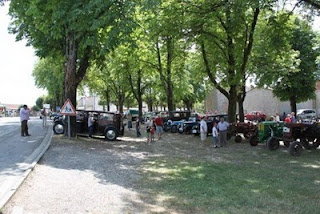 Most of the work we were doing for my parents involved shifting rocks and tiles from a mound of earth into a trench. It was actually enjoyable because we don't do manual labour like this at all, normally. If we were doing the same thing for money; or under the supervision of an armed guard, we'd absolutely hate it. But doing it voluntarily to help out family is actually fun and rewarding in a way far superior to receiving a pile of money or not being shot in the head. The novelty value helps a great deal, as well. 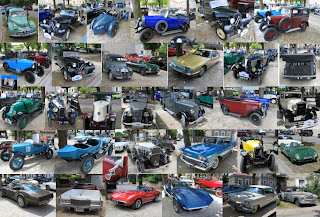 It wasn't all shopping, hard graft and keeping out of the way of civilisation. We were also managing to get out and experience some local culture (assuming you don't count the supermarkets as local culture). We ate out in several local villages and we even got to witness a wedding entourage, French style. The custom these days seems to be for the wedding convoy to drive through as many villages as possible, making lots and lots of noise (shouting, honking horns, etc). It looks quite fun, and if you don't annoy the world on your wedding day, then the next chance is usually your funeral. So I say, go for it. 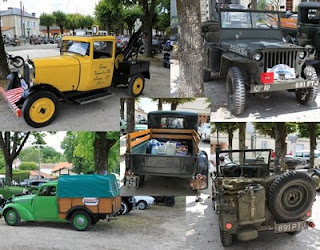 We also visited a classic car rally in a place called Champagne Mouton (or "Fizzy Wine Sheep Meat"). Here a large spread of old cars, tractors and caravans were parked up for the delight of the general public. It was fascinating to see the development of the tractor. It's a real evolution, starting from a simple wheeled frame with each year seeing new and improved features. It's quite a shock for those people who believe that God delivered the tractor fully formed. Tractor Creationists were boycotting the day calling it heresy. 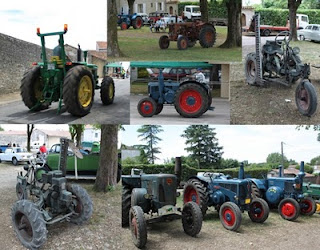 Cars being far less functional in design, vary drastically from age to age. The evolutionary process here throws up a lot of freaks: vehicles with a real odd way to do things or strange shape. Such as cars shaped like boats, cars with all-wooden steering wheels and triple horns. As I was still camera crazy, I think every car at the rally had at least 2 pictures taken of it. 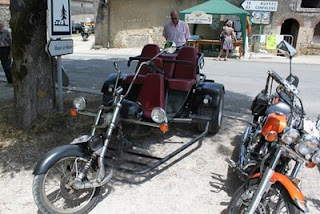 Not that we needed to go out to keep me entertained. I rarely need anything more than a French map to amuse me. I can sit for hours and read place names. For example, some places around Bordeaux: Macau, Les Bons, Enfants, Salle Boeuf, Loupes. You could name most characters and places in a sci fi movie from a small portion of a French map: Creón, Villenave, Quinsac, Dardenac, Camiac, Bourg.

The first section of the trip ended on a low note when I drove Catherine back to Bordeaux and she flew back to Amsterdam. She had to get back to work and earn the family crust whilst I had to sit in the shade and commune with nature. 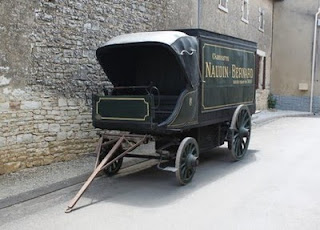 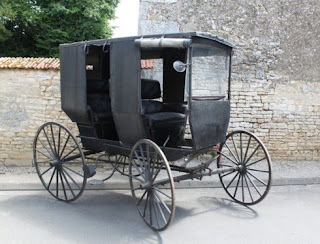