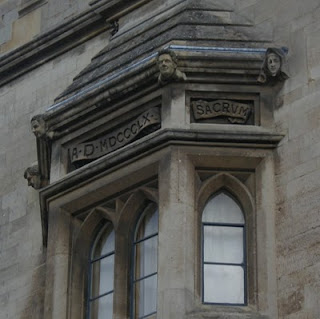 I'm sitting eating a "Moor-ish" (their name) sandwich in an airport departure lounge whilst my three travelling companions easyjet their way back to the Netherlands. It's been a little while since I've been stuck at an airport for a so long on my own. I wish I had my laptop, but of course I have nature's laptop – a pen and paper.

I was supposed to be on the same flight as the others but I missed it by a gnat's cock. In fact, I sat and watched the plane sit at the gate for five minutes, door open, but not being allowed to board. There was ample time to squeeze me onto that flight, but international regulations dictate that easyjet need their £43 ticket change fee. 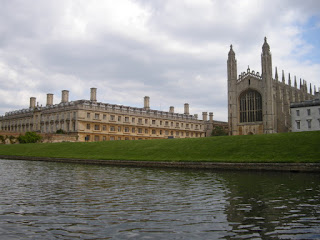 The friendly staff at the gate explained that my friends had tried to help, but planes aren't buses, no matter how much the cheap ones feel like it. You can't run after them attracting the attention of the driver or hang off the back.

One way that easyjet is trying to make itself more like a bus service is by not allocating seats. This means you adopt the same tactics you do on busses to keep the seat next to you – you lay stuff there, you puff yourself up so that you spill over the arm rests and you try to look like the sort of person who doesn't bathe very often. Another great trick is to look really, really keen for the next person to sit there, smiling and nodding at anyone who so much as glances in your direction. However, this can backfire terribly as it does attract the sort of people for whom this is normal behaviour. 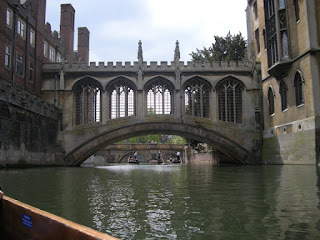 How I came to miss my flight was a simple tale of a lost phone, a rental car, a kindly guy called Phil and his two helpful companions who brought the phone back from the rental car lot, a pimply twat who was too limp in the life department to help me get through security quicker, and whoever it was who came up with the concept that airports should be so sprawling that they need metro systems to connect the parts.

It was a disappointing turn in a day that had seen us wake up in a top hotel, feast for breakfast, wander the hallowed streets of Cambridge and go punting. It was a great chance to see how the other half is educated. (The other half being the smarter and/or better off portion of society.) It had all gone very well until the "phone left in the rental car" incident. It meant I had to travel alone and miss a show I was supposed to be in. In fact I only got to the venue just as I was supposed to go on stage and co-host my student class' show. Real last minute stuff. 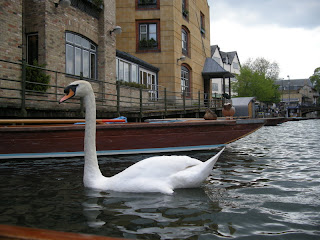 As I said, I had to wait at the gate until my plane had pushed off. It was an inordinately long time to sit and stare at a vehicle you were supposed to be on. Once it had gone, the girl at the gate was able to take me back to the check-in desks. Getting back there for staff isn't quite the ordeal it is for passengers because they know secret back routes only available to those with passes and a magic code. The corridors are narrow and even less glamorous than the rest of the airport, but they feel like intrigue. You feel like you've been taken into a kind of drab yet secret world.

The girl at the easyjet abnormal events desk was affable, pretty yet somehow ruthless. In fact she had no ruths whatsoever. She came right out and demanded her £43 to get on the next flight. And she had no trouble repeating it when I happened to change the subject. "The subject," incidentally, is probably what she calls her boyfriend.

Despite being sat at a check-in desk, all this girl could do was change my ticket, demand money, demand money again and print receipts. I had to go a few desks down, to an inordinately chirpy girl, to get issued with a boarding pass. 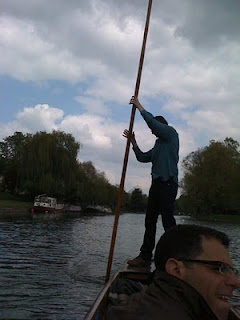 It's rare that you get the chance to go through the same security control area twice in one day, so it was interesting to have confirmed what was always reasonably obvious: Implementation of the security rules and calibration of security equipment are very inconsistent.

First time I went through I did not have to remove my shoes; however the second time, the Spaniard who puts things in trays told everyone to remove their shoes. With my shoes on, I hadn't set the scanner off. With them, however, it did go off. It could, perhaps be sensitive to smell as I'd done a lot of rushing since the last time I'd been through security.

The security guy patted me down exactly the way he was supposed to, but something told me I was not the first person the machine had erroneously fingered. This guy probably had to pat down nearly everyone who went through, whereas, the guy at the scanner three doors down, where I'd gone through earlier, merely waved everyone past except the odd terrorist who'd left his keys in his pocket.

Even easyjet ground crew lament the way the company does certain things, especially the speedy boarding con (my words, not theirs) and the fact the company is becoming more and more like Aer Fungus (Ryan Air) in terms of shovelling customers into a bucket of a plane and charging for any form of abnormality.

I'm also amused that easyjet offer "memorabilia" in their in flight catalogue, and even go as far as announcing it during the flight. How many people want a souvenir of an easyjet flight? Something to help you forget it, yes. But a reminder?

"What's this plane on your mantelpiece?"
"Oh, that was the time we flew from London to Birmingham for £25. Such happy times; just the four of us... and two hundred others, squashed into tiny seats; and such beautiful delays."
"Why doesn't it have any wings?"
"Ah, wings cost extra."