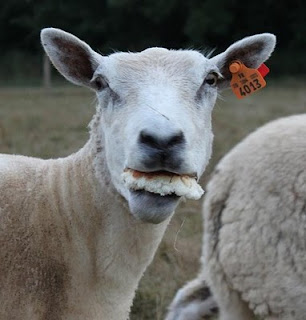 There are two languages on board the newly combined KLM - Air France flights from the Netherlands to France. Dutch and English. Dutch and English. No French. You'd think planes going to and from a country would include the language of that country; especially when that country is notorious for its people often not wanting to speak other languages. It seemed very strange. Especially as the Dutch generally have such a great grasp of English and are happy to show off their linguistic skills. It would have made more sense for the languages used to have been French and English.

However, in my experience, English is not as poorly spoken in France as we are lead to believe. And we are lead to believe this by the French themselves. Whist working on an international helpdesk, on several occasions I have explained, in a mixture of my poor French and English, to someone who was demanding a French speaker that they can either wait a while to be called back by one or try to explain their problem in English. They would quite often proceed to explain how they would try to make themselves understood in what was actually very good English. It seems to reinforce the maxim that if at first a foreigner does not understand you, talk louder until they give in and admit they do speak English.

We flew to Bordeaux which turns out to be a mini hub in terms of French air traffic and we had slightly convoluted travel plans. We had a long wait for a hire car due to demand being high and people on hand to help being low. Our car turned out to have an oil-light that had a preference for glowing brightly despite the car having more oil than a Saudi desert. 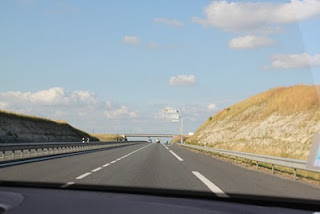 To be doubly sure of getting to where we were going, I not only had my parents' directions but some that Google had given us. Like its other sought-after equations, Google's direction algorithm is a complete mystery. Even when presented with the results, it's almost impossible to work out how it got there. It gets you from A to B, but it seems that C, D, and E have optimised their towns or paid to somehow appear on the route. Given my parents have driven this way a few times and for part of the year live in this area, we decided to trust them over some Californian computer cluster. The day will come when we trust Californian computer clusters more than our parents. But most of us are not there yet.

We arrived at my parents' holiday farm in time to feed garbage to the recently shorn sheep. They love left-over vegetable peelings, banana skins and yesterday's bread. When every other thing you eat is grass, you'd be the same way too.
Posted by Peter More at 13:34
Email ThisBlogThis!Share to TwitterShare to FacebookShare to Pinterest
Labels: Computers, Drink, Europe, Food, France, Language, Netherlands, Transport, Travel, Wildlife