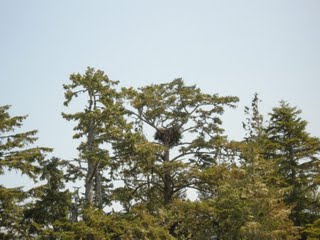 In our bed and breakfast, the latter is served disturbingly early by our chirpy British hosts. I was still on some Mid Atlantic time so it wasn't an issue for me. But Cath, when she is determined to sleep, could represent her country at the Slumberland Olympics. I wrote on the balcony (that is I wrote on paper whilst on the balcony) and listening to the chirping of chirpy birds and scurrying of scurrying mammals. Setting myself up for the main wildlife event of the day: whale watching.

Whales are contradictions. Lumbering yet intelligent. Fish-shaped yet mammalian. Less fun than dolphins, yet the phrase is "a whale of a time." Dolphins don't even have a phrase. Except perhaps, "dolphin friendly," which ironically means fish dolphins don't hang out with. 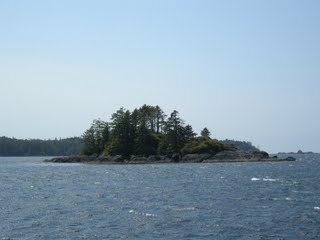 That afternoon, we boarded a boat with about 20 or so other tourists armed with water-proof clothes and cameras. The boat then took us to likely and recent whale spots. We were lucky to come across two whales pretty soon into our trip. This was fortunate because we didn't see another whale for the rest of it. The boat hung around the whales for a while we got millions of shots and metres of footage of the whales lying just below the surface and the occasional glimpse of whale tails as they dived down for another serving of cold krill.

Despite not seeing more whales, we did see many beautiful islands, eagles, puffins and big fat sea lion suitably annoyed to be bothered during his afternoon nap. 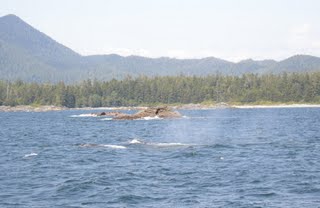 After the whale expedition, I was feeling somewhat queasy. More to do with the sea than the whales, really. Cath, however was hungry. We went to a place called the Schooner, which looks like another nautical word appropriated from the Dutch, but in Dutch it means "cleaner" as in "more clean" so where not sure where the boat got its name.

The menu had a broad cross section of things. Many of which sounded exciting, although one, something like steamed fish with boiled vegetables. It seemed the sort of thing that would never get picked being in the same column as the crabs and Herb Crusted Salmons.

In there was a couple that excited Catherine because they could pretty much eat nothing. Cath has a couple of allergies and aversions that means she can't just wolf down every thing that happens upon a menu, but these poor souls had to give so many pre-requests before their food was prepared: gluten and dairy free and devoid of nuts. But things weren't so bad they had to order the steamed fish with boiled vegetables. Having got their abridged meal, they complained constantly about it to each other. And they could drink wine, we noted, although they complained about that as well. It was actually heart-warming in a way. It was great that they had found each other. 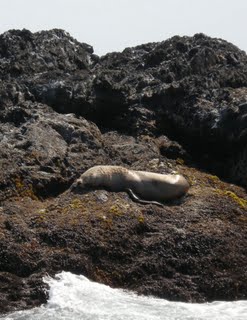 And before we left, an elderly lady came in and ordered the steamed fish with boiled vegetables which pleased and astounded us no end.

Having eaten too much, we had to walk it off on the beach. Poor us. Here we observed more of Canada's wonderful wildlife. Sand fleas and types of seaweed with which I was not familiar hopped and lay along the sandy shore.

That night we watched Aboriginal TV before going to bed. Yes, there is a channel here called Aboriginal TV. We watched a documentary on a man who became a hockey star, then an alcoholic and then a community leader and hockey coach. It tried its best to be upbeat but somehow failed. But it helped us realise something about Canadian culture: It's all aboot hockey, eh. 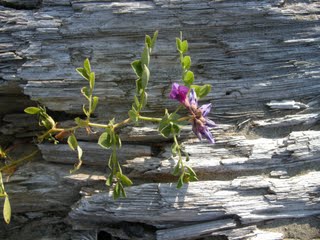 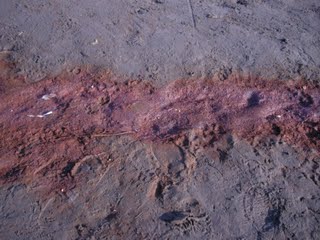 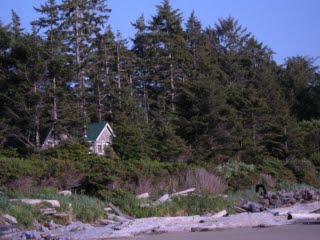 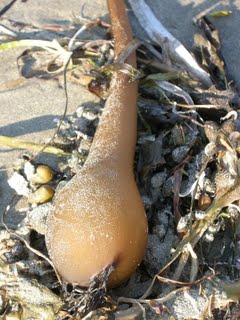 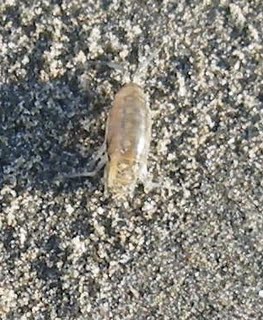