On checking out of our plush hotel, we couldn't help notice a big advertising board extolling "A Great deal for a great room." And we thought, yes it was a great room... and it was expensive. We assume they meant "a great deal" as in a deal that was great, but advertisers should beware of phrases that have two meanings.

We popped over to Baker Street, famous for being the home of musician turned detective Gerry Rafferty and his sidekick, Doctor Egan, who both lived together in Shylock Homes, an apartment block owned by a former money-lender. I think that's right. Anyway, I do know his nemesis was a man named Arthur Mori.

We were here to meet up with one of Cath's cousins, her husband and their kids for a very pleasant lunch in a nice neck of London. 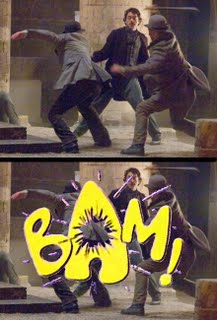 However, before long it was time to head back. And time became more pressing when at Victoria we not only had problems trying to get the ticket machine to sell us a ticket, but we had to run to the express service just in time to watch it leave. So we ran back and jumped on a slow service. Once we did get to our destination, we found that the signs from the station to the airport were just plain confusing. I believe we British think travelling is sinful and only bad sorts and foreigners do it, so we do anything to make it impossible for them to get anywhere. Eventually we found the line to check in for our flight, but we were only in it 20 seconds before we were called out as our plane was hoping to leave soon.

Flights to Amsterdam from Gatwick generally leave from The Island. The Island is a small outcrop of gates joined by a high bridge, tall enough to clear big planes. The whole trip along the tunnel is accompanied by bird song and new age music. I think it's supposed to be calming, but I have a problem with the whole concept that natural noises need to have a soundtrack put behind them. If it was supposed to be like that, Nature would produce its own muzak. But it doesn't. The long conveyer belts and this supposedly restful soundtrack, reminds me of some science fiction film where old people are shunted off along extensive corridors to some place of final rest. Usually to be turned into food. 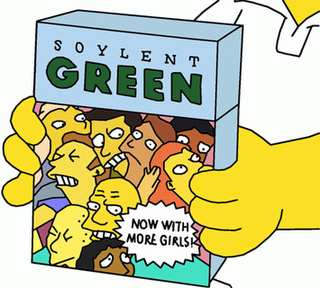 Obviously, one more snag is due, to make the quota, and that came in the form of the state-of-the-art Schiphol baggage system getting all confused and not being able to deliver our luggage for quite a while. Another clear example of people waiting for these time-saving computers to sort themselves out. But eventually, after their mini strike, the computers spat our bags out and we dragged them home to feed our surprisingly indifferent cats.
Posted by Peter More at 18:54
Email ThisBlogThis!Share to TwitterShare to FacebookShare to Pinterest
Labels: Anthropology, Books, Music, Netherlands, Transport, Travel, UK