Christmas is a time for family, buying stuff and remembering the world's most famous magical Jew. Many of us cram onto planes, spend hours queuing in shops and feel very lucky not to have to spend the holidays giving birth to babies, surrounded by animals because we'd forgotten that the Holiday Inn Beth Lehem is always booked up this time of year.

A few days before the famous day itself, we crept early out of our flat, leaving our feline family to fly to see my human one. My parents live near Brighton, the British Florida. The main difference is, of course, that the British sun retired a long time ago to the American Florida. 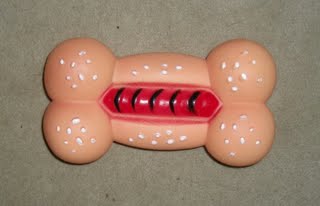 With a few days before Christmas, we used our time wisely: We shopped amidst the crowds and pockets of hopeful carol singers; pretty much the way early Christians did, although there was less tinsel in those days.

We did much of our shopping in the nearby town of Lewis. Lewis is a pretty, historic town populated by people who only read first editions of ancient books. This is based on the fact that there are two small shops selling new books, two small second hand bookstores and about a dozen antique bookstores. All of the rest of the shops are charity shops which is a well-recorded phenomenon in the UK.

The main shopping area was filled with seasonal busking, often done by kids who of the age when they really ought to be out hanging round bus shelters. Most notable being one young guy playing carols mournfully on a clarinet. I enjoyed it because, for me, it summed up the pathos of the season and was a nice break from the otherwise relentless good cheer. 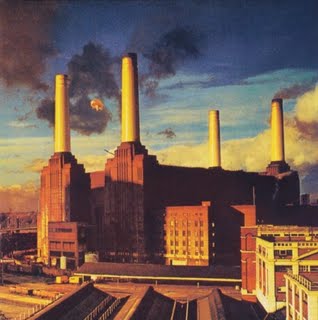 The pieces are not only impressive in their size, but also in the work that went into them. It may seem like a simple shape painted on top of a painted canvas, but it took a surprising amount of planning and experimentation. Even the often rough edges of the shapes are very deliberately and specifically so. And they do have an impact when you see them in the flesh that a tiny little reproduction in a book or on a computer screen doesn't convey. It is however a very homageable style, and I have tried my own emulations. One of my efforts now hangs in a millionaire's villa in Southern France. 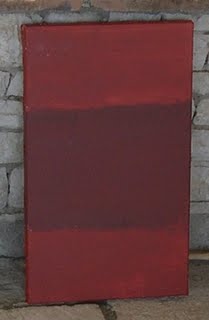 A couple of days after the festivities, it was time to return home. Our flight back was delayed a little. They tried to hide this for a while by not telling us, but sooner or later the cat was let out of the bag.

As usual the flights to Amsterdam are serviced by Sterile Island, a block of gates separated from the main terminus by a bridge into which is piped bird noises and new age music. As I have said before, standing on the conveyer belts in this bridge, with this calming audioscape coming at you and arriving at a half-empty, cold, remote, sterile place increasingly makes me think of a Soylent Green-style old folk reprocessing plant. It explains why 90% of the time, airline meals are "chicken." Old people taste of chicken. If you get "beef" or "lamb," you've got a Mediterranean labourer. 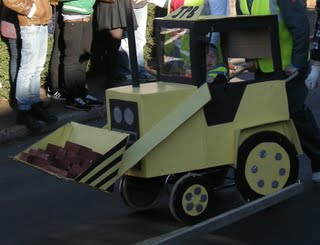 I wrote in my notes that we got upgraded to Club. This was so many flights ago and so short a flight, I don't recall it. And it wasn't as exciting as the time I got upgraded temporarily because I was allocated a seat where the stewardesses sleep. Actually that was more disappointing than exciting, and a different story.

For once the plane landed close to the terminal instead of in Utrecht, where it normally seems to land; there was no queue at immigration; so that meant the last possible delay to getting home was, yes of course, waiting for Schiphol's computer system to stop contemplating the meaning of life and deliver our luggage. Anyway, Merry Magical Jew Day! 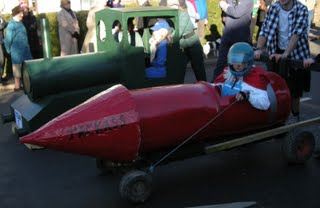 Point of info: the Tate Modern is formerly Bankside Power Station, by the same architect as Battersea Power Station (which oddly enough is up river in, erm, Battersea). Battersea is the one in the painting you've included and is the one on the cover of Pink Floyd's Animals. Bankside was used in the filming of the Ian McKellen Richard III, and Terry Gilliam's Brazil (the massive space that Jonathan Price is tortured in). Battersea has the four iconic cream coloured chimneys, Bankside has a single monolithic one.

Thanks for the correction. Do you know how long I thought they were the same building? And had assumed it wasn't in Battersea because so often the isn't actually in but somewhere nearby. And often it isn't even a .

To add to your confusion, back when they were planning Tate Modern, Battersea was under consideration as well, amongst many attempts to develop it. I think it's still a shell that various groups are attempting to save. The architect is the guy who also designed the red phone boxes.

And isn't the Tate Mini housed in a red phone box?