Travel: Sweden Feb 2015 part 1: Where did you land? Arlanda in Sweden (and other Marx Brothers routines)

Stockholm's Arlanda airport is located amidst what appears to be a wasteland. Or perhaps any part of the airport land not directly used for airport business is basically neglected or worse still, dumped upon.
The airport is very biased towards people going to Stockholm. Even though it's closer to other places, such as Uppsala which is where I was heading. There are 3 ticket machines in the baggage claim hall of terminal 2, all of which sell tickets to Stockholm and no place else.
In fact it was only recently that you could get the train direct to Uppsala without first going to Stockholm, even though the former is a 3rd of the distance of the latter. It's called Stockholm Syndrome where a piece of land appropriated from one region becomes besotted with the area that appropriated it. 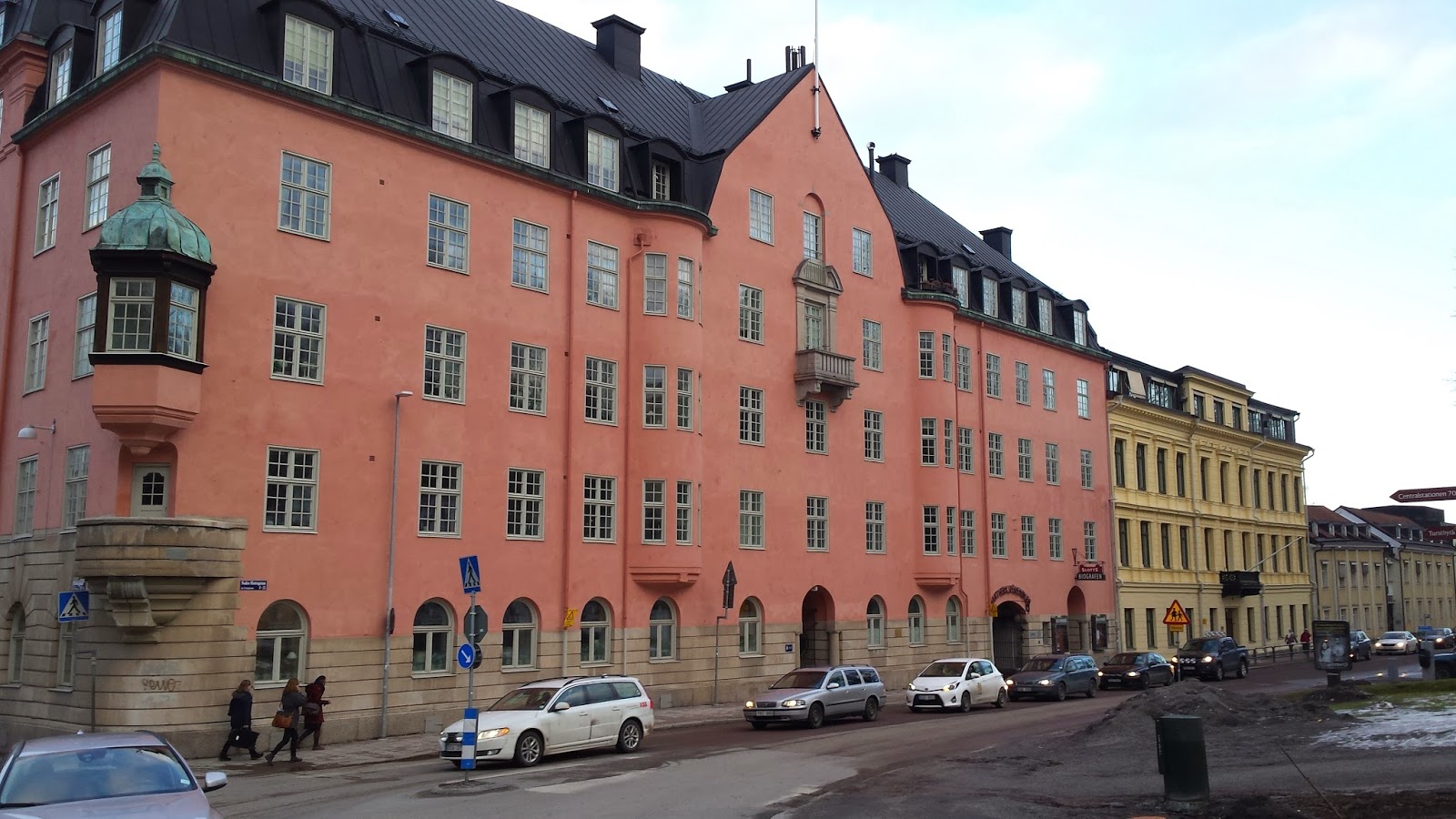 I took the bus to Uppsala. It takes as long as the slow train does to Stockholm, but it goes overground so you can see more trees than you ever thought possible to see in one day. It's also cheaper. It's expensive by worldwide standards, but cheaper than the train. From now on I will only use the comparatives "cheaper than" and "more expensive than." Assume everything is expensive in a general sense unless told otherwise.
Between the trees there are the occasional areas of industrial interest or green fields where crops of old style farmhouses have been planted. Sometimes a few houses pack together to protect themselves from wind and wolves.
There are patches of snow dotted about which I assume aren't permanent, but maybe that are. 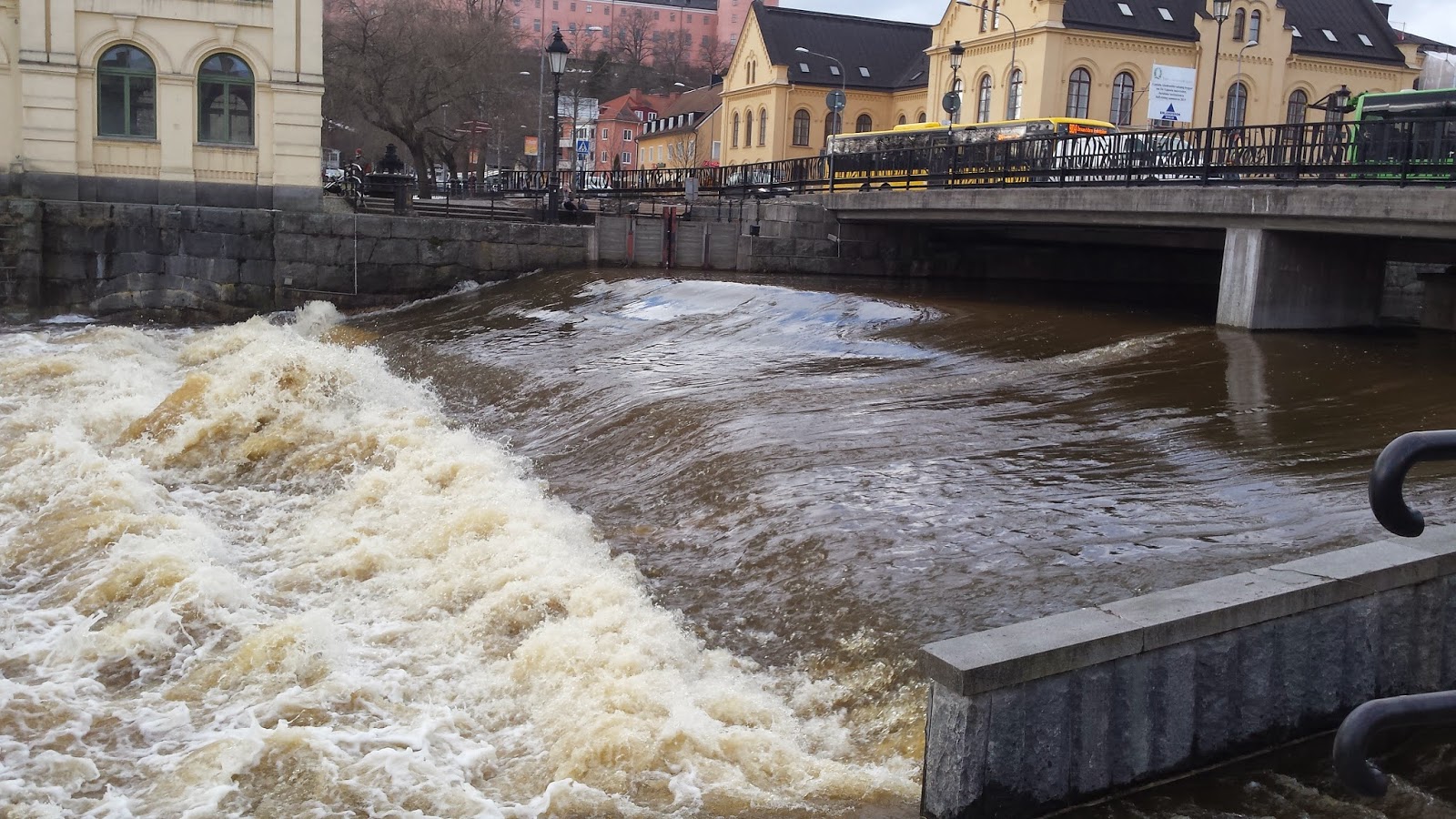 The bus calls in at Uppsala Business Park on its way, which is another reason I like buses. They don't skirt the everyday parts of town where tourists don't go or put a gloss on it. Bus journeys of more than 20 minutes seldom leave you with the impression that a town is entirely quaint. Unless that's all a town is, in which case it survives on tourism and crime alone.
The centre of Uppsala is definitely attractive. It's wide but low old buildings and spacious streets give the impression of space. (Space, as in room to move rather than the place where the stars are. And by which I don't mean Hollywood. )
Architectural students will tell you lots about the types and styles of buildings you can see there, all I can say is "nice," and "they make pleasant things to walk around amongst." But I say the same thing about trees and vintage aircraft. Except that 15-year-old me could name every single one of those aircraft. 15-year-old me wasn't the hit with the girls you would have expected. 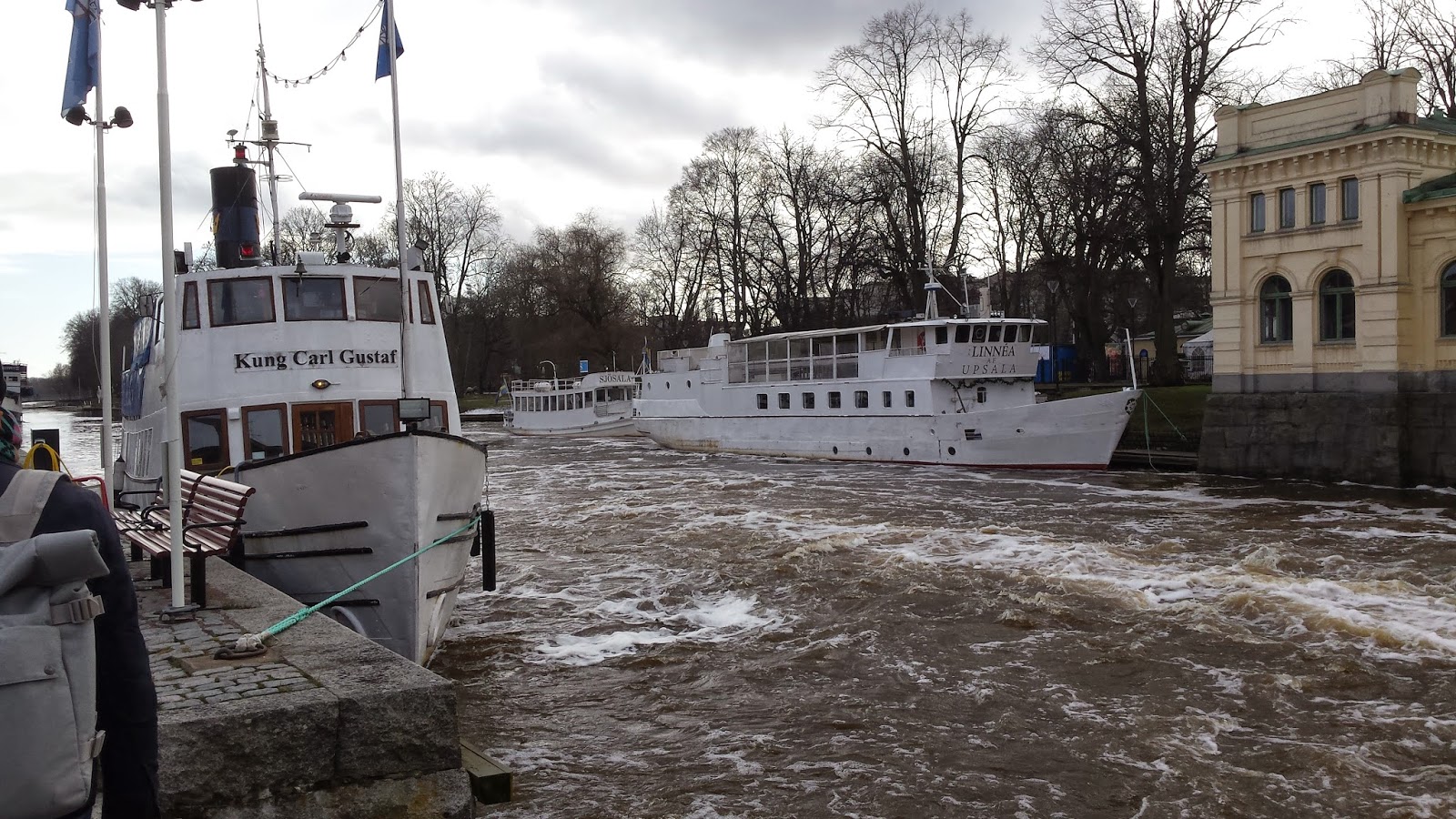 From memory of a glimpse of Google maps, I managed to find the hostel which impressed me. Uppsala was already easier to find your way around than the airport. I presume the airport takes after Stockholm rather than its closer neighbour (see earlier paragraph). I don't know yet as I haven't been to Stockholm. I'll hopefully let you know later.
The hostel is quite large for a hostel and definitely cheaper than Swedish hotels. But there are places in the world where the comparison between Swedish hostels and local hotels is not so favourable.
The beds in the hostel are some of the narrowest I've encountered. I think it's to stop the old backpacker trick of booking a single room and trying to sleep 2 (or more) people in it. They had better be supermodel thin and not mind waking up with foreign limbs in alien places.
With the rooms so sparse and the bed so small and basic, I knew if I stayed there too long without going out and seeing people, I'd start to love it there in that room and never want to leave. Because that's how Stockholm Syndrome works. Even in Uppsala.