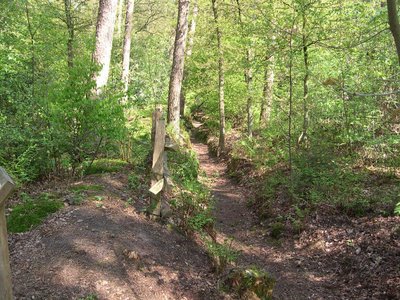 More people had checked into the hotel the previous day in a post Queen's Day rush so the breakfast area was much more full. Today the ratio of young to old people was more like 1:3, so we were less concerned about being routed in a fight.

There were even some young kids, one of whom sat on the floor playing with toys, oblivious to the dangers of old and/or tired people carrying coffee above them. 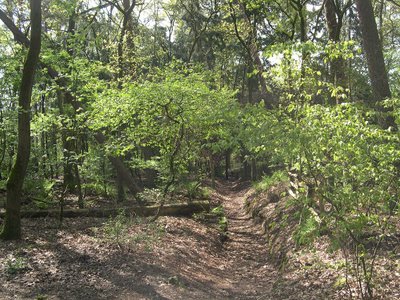 We checked out, leaving our bags behind the counter, and took off on our bicycles for a last jaunt in the woods.

We first headed for De Koepel which several signs in the area refer to. The route took us past the Wildwal. The Wildwal, or Wild Wall, is a protective ditch from the late middle ages. It was used to keep out raiders who either could not jump or who were afraid of depths. The ditch can still be seen running through the woods and we would have missed it if it wasn't for the modern sign. I can only assume there was an ancient sign to alert the raiders of the ditch who might have just accidentally stepped over it in their haste. 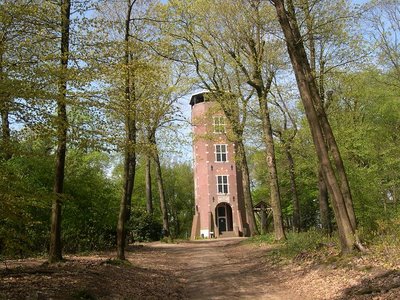 De Koepel is a lookout tower built in 1913 by a banker or something like that. It wasn't open for going up when we were there so we sat outside and wrote and drew for a bit. We also wandered around it and admired the plethora of flies that it (or perhaps a bin) had attracted. (More on this later). 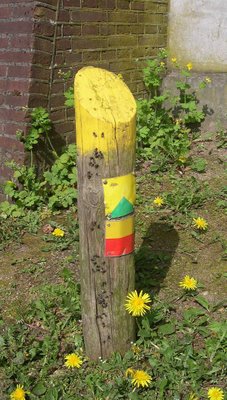 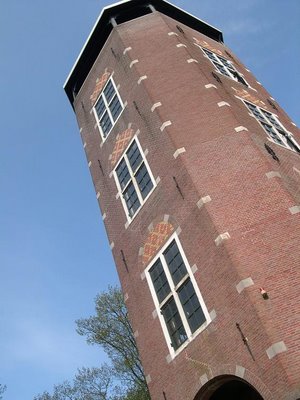 One of the first signs we had seen when getting off the train pointed to the Pannenkoekenhuis (Pancake House). In fact it featured on so many signs that we saw over our days cycling around - more even than the Koepel - that we began to think it must be an historic site. Perhaps during the middle ages King Berryred the Red had burnt the pancakes there just before the battle of Lunteren. Something of this import could not be allowed to pass us by, so we decided to at least pop our heads in. 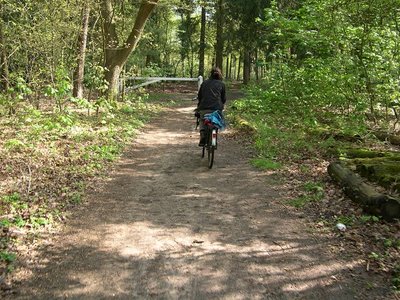 The Pannenkoekenhuis turned out not to be very historic at all. Perhaps circa 1970. At the very best it was the site where Geert Berryred the hippy burnt the lentil soup just before the love-in at Gijs' place. It's a place to take kids and have them amused. It has a play area and a petting zoo for which you pay admittance to a very bored-looking schoolgirl in an ice cream booth. The booth cried "Ola!" (Dutch for Wall's) but she seemed to be crying inwardly, "oh no, not more kids!" 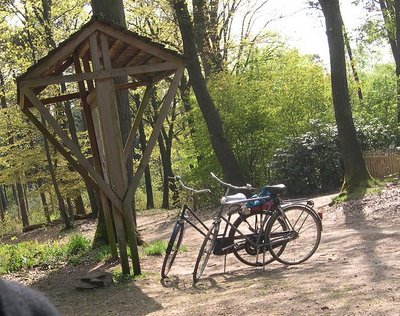 The menu, as one would expect, was stuffed with pancakes and seemed to be more for the adult's taste than the kids as the Pancake of the Day came with a free beer. As well as pancakes there was a selection of other Dutch classic meals. It isn't a place for people who care what they put in themselves. Sitting behind us were two young girls with a man who may well have been responsible for their existence. The girls were almost dwarfed by plates of chips and frikandel (a kind of sausage filled with dubious (often equine) meats). They looked down at them, daunted, whilst their dad casually finished off his own. Way to kill your daughters, dude. 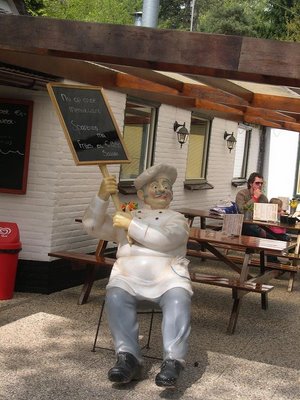 Soon it was time to gather our things and make our way back. During this last cycle back to the hotel, we stumbled upon a hardware store. In the window of this store was a sign saying VVV. Finally, we had found the tourist office. There aren't many places in the world you can get travel advice and two packets of nails at the same time, Lunteren may be the only one. 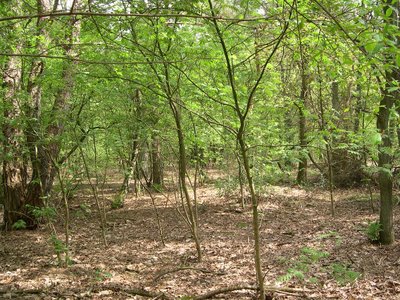 We went back on the cute, little, new trains that service the 7-stop Valley line. At Ede-Wageningen, we went down the endless ramps and up the slowest elevator in the northern hemisphere to catch the train to Amsterdam Amstel.

Amsterdam was sunny and busy, pretty much as I remember her. But we were relaxed. What was nice was that we'd just had a weekend away and had arrived back just in time for the real weekend to start. Life doesn't get better than that. 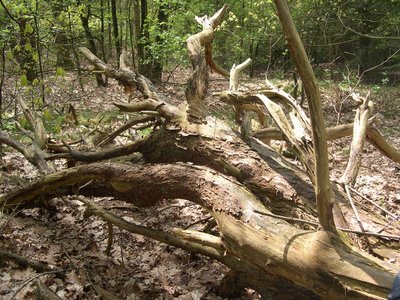