14/4/07 Dallas, Texas – My friends, can your hearts stand the shocking facts?

We awoke early due to our bodies being on a different time zone and found a cold and damp day. Not what one expects from Texas. Especially when the Netherlands was sweltering in an early, lengthy burst of sunshine. This is clearly not global warming, but an example of the under-reported phenomenon of Global Swapping where one part of the world exchanges its weather with another.

The majority of the day was spent pottering in the great British tradition. Catherine had notes from her conference to type up on coaxing Google robots into your interlair and other such things I'll never understand. Meanwhile I had several words to put to paper some of them quite long and appallingly misspelt.

The main order was the day was the Fourth Annual African-American Educators Hall of Fame, a well-attended event held in large hall on the grounds of a big church. We were there as Catherine's grandfather was being posthumously inaugurated into the Hall of Fame for outstanding services rendered to education especially during times when education was not always easy to get or give in certain sections of the community.

There was a bit of build-up and introduction, then after a prayer, which I am sure was made up on the spot as it included the line, "oh, er, and God bless all the little children," we ate. It was after the food that the core of the ceremony itself took place. As well as Catherine's grandfather, there were 10 other inductees (one of whom was picking up last year's award) and they or their living representatives sat along the stage next to a picture of the recipient. 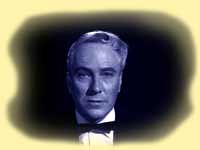 There was a multimedia section with an audio-video display explaining each inauguratee's achievements somewhat briefly and followed by a confusingly edited interview. This was my favourite bit because it was so superfluous and badly done. Superfluous as the information bit was simply a voice-over recorded by one of the two presenters currently on stage. Superfluous because the images were simply a picture of the person floating it around the screen using 1970s video techniques. It was the same image as the one used on the stage. Just two pictures would have made it seem worth-while, but instead the same picture kept coming at you or sliding from the side or fading in and out. The interview was superfluous as the interviewer was the same guy, and the interviewee was on the stage. But what really made it for me was the fact the voice-over sounded exactly the same as Criswell, who you will know if you ever saw an Ed Wood movie.

There were 11 inductees and several other special merit awards. On top of this, pretty much everyone else in the room had to at one point stand up and be acknowledged - the older and frailer someone was, the more often they had to stand up. With all this it ran a little long yet only offered the tiniest glimpses into each of the candidates' lives. But isn't that the nature of the award ceremonies? And fortunately most people kept their acceptance speeches short and informative. But there was information to be gleaned about these 11 people, some of whom achieved great things and often at a time when just to achieve what we would consider normal things took a great deal of effort and determination.

The whole event had a sort of church fete feel and was sometimes a bit haphazardly executed. In fact I recall almost exactly the same event in the film, Coming to America. But you couldn't fault its earnestness or its aim. And quite frankly I would have been sick if it had come anywhere near the sweet slickness of the Oscars. Although it did nearly reach it on the congratulate everybody front.

It was rounded off with a rousing chorus of the African-American National Anthem. It was the first that I had heard that such a thing existed. It caused me a moment of consternation about whether I should stand and sing. After all, if the British National Anthem was played, I would be reluctant to stand up and sing. I would only do so because of peer pressure as in if the whole room was British and doing so. If another country's anthem was playing I would resolutely stay seated even if I was the only non-citizen there. Here, however, to remain seated would seem insulting; to stand up and sing seems presumptuous. But this wasn't an anthem for a nation as in physical country sense, but as in body of people, in particular a much put-upon ethnic group.

Like a lot of national anthems it's really just a hymn. It starts very uplifting, as it should, but it ends with a good, solid dose of God. Being a hymn, there is always that problem that all hymns (and national anthems) have: Even with all the words in front of you and the tune playing, you still have no idea how to actually sing it. In hymns words are stressed, elongated, shortened, sung higher, sung lower, sped up and slowed down all to a random pattern only known by the singers. There is never any indication or logic on where to do all these different things. You just have to know. In fact even if you do know a hymn, but then go to a different country or denomination and they sing the same hymn, they will have a completely different way of singing it. You can try to guess but you'll be wrong, and find yourself half way through a "lord" when everyone else is speeding through a "giving me his salvation;" or you'll be getting to the end of a constant, high-pitched line about angels being high and wing-ed, when everyone else is at the start belting out a "holy" that lasts four minutes and covers 5 octaves.

Anyway, I digress. The evening was an education and nicely outside my normal sphere of experience. It's not often I get to witness firsthand an (admittedly atypical) slice of Black American Christian life, being as I am a White European Atheist. As Criswell once put it, "Can you prove that it didn't happen?"
Posted by Peter More at 20:24
Email ThisBlogThis!Share to TwitterShare to FacebookShare to Pinterest
Labels: Anthropology, Movies, Music, Religion, Travel, US