Christmas has descended upon us like a plague of tinselly locusts.

At the airport, 3 young ladies in narrow, red dresses were harmonising closely the song Silent Night. (Or "Spent Might" as my phone suggested the song be spelled.) They were very good and Spent Might is one of the least awful Christmas songs, but still this whole endeavour was indicative of the fact that absolutely everything at this time of year has to be tinsellated or Christmasified or ensantanated or whatever it's called. 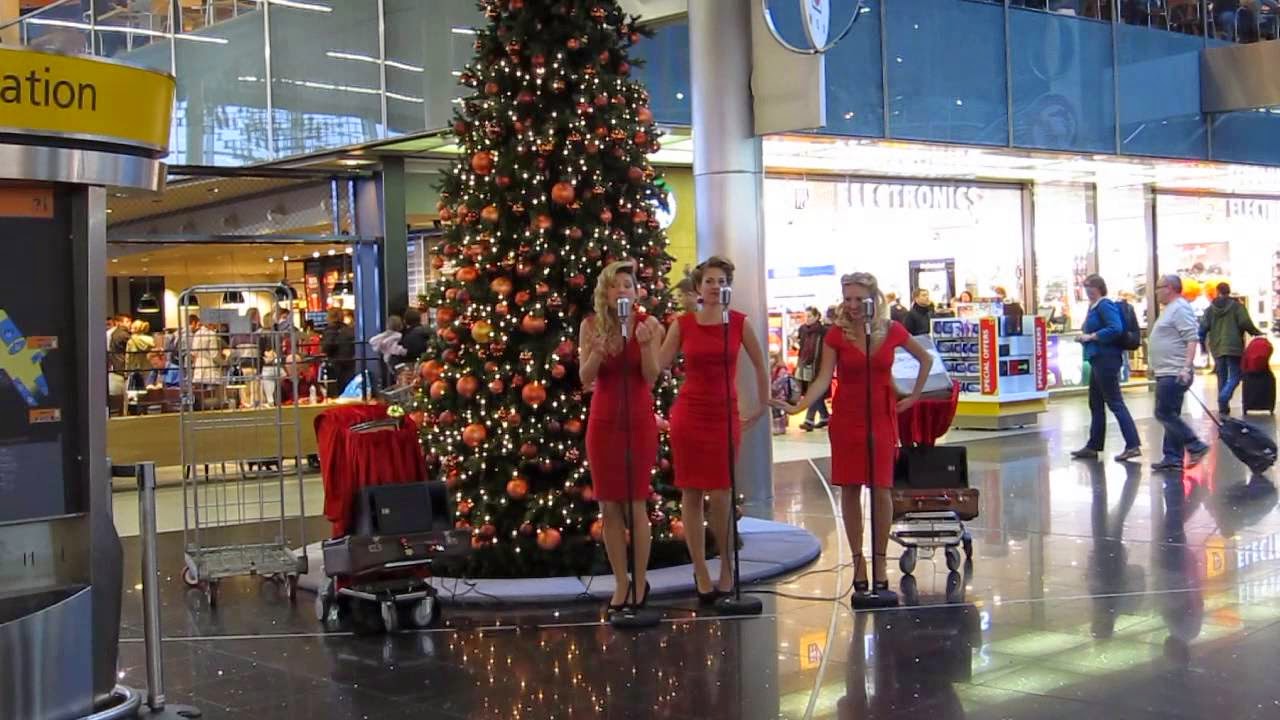 Every shop becomes a shrine to glitter. Every TV show will have a Christmas special featuring expensive guest stars and more whimsy than a castle full of fairy princesses. Anything that can broadcast any form of sound is forced to transmit non-stop seasonal songs. And if there is enough space for it, people will be forced into herds and made to sing these songs. As witnessed with the red dressed trio at Schiphol. Many of them seem very happy to do it, but I presume they have family members being threatened and if they stop smiling, an uncle will be shot.

What's funny is that there are people out there who like Christmas songs. I've met them. People who otherwise seem to be rational, intelligent human beings. People who at other times of the year could be people I'd be more than happy to hang out with. But for several weeks of the year, a sort of mania sets in and they actively wish to hear these tunes. These songs so cheesy it's like Christmas is just one big, giant cracker; songs so cliched it's like the whole season is a direct-to-youtube action movie sequel; songs so joyful, they are clearly hiding some inner trauma.

So, although these three red-bound women at Schiphol taken on their own, are a nice diversion, they are the shiny tip of the great, bloated, glistening corpse of a semi-musical whale that is dredged up every December.

Well, that's a glimpse into my head this time of year. I wish all of you seasons greetings, but I do so in flat tone, with absolutely no musical accompaniment.
Posted by Peter More at 02:11
Email ThisBlogThis!Share to TwitterShare to FacebookShare to Pinterest
Labels: Anthropology, Christmas, Music, Shopping, Travel, TV