I wrote recently about how the debate here about Zwarte Piet, the blacked-up helper of Father Christmas’ granddaddy, and how it seemed more intense than earlier years. And I wasn’t kidding. It’s gotten so heated here the UN has gotten involved. As often happens when the UN gets involved, misunderstandings and miscommunications means that their presence has simply made things worse.

It’s very interested how heated it’s got. Based, as ever, on the fact that people rarely listen properly to people they don’t fully agree with. A lack of empathy and going on the defensive too quickly are the main causes of this. It’s like american politics where everybody shouts so loud they can’t even hear when the person they are shouting at is agreeing with them.

People are quite naturally defensive when something they had never considered anything other than a harmless children’s festival is being attacked and by association them with it. 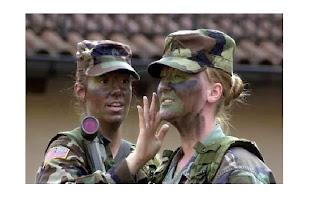 As I said before, I think the days of blacking up to represent Piet are numbered, but obviously not going without a fight from those who don’t want to change any aspect of tradition.

If it doesn’t go, I have an alternative strategy. Introduce Witte Willem. Witte Willem is represented by non white actors, who white-wash their faces, put on blond floppy wigs, wear very tall clogs and pull long serious faces. They then say in slow, deep voices, things like “nou, zeg,” “he-hee,” and “dat is niet mogelijk.” They stare people blankly in their faces and coldly point out their faults. If someone says anything bodily function related they laugh very hard at it.

Sure, this isn’t most Dutch people, it’s a grotesque exaggeration of some of the stereotypical aspects of Dutch people presented in an offensive manner, but that’s the point.