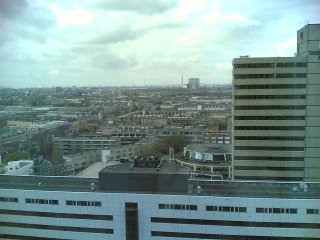 Rotterdam is famed as the biggest harbour in Europe and for having been pretty much flattened during the last global altercation (i.e. Global Altercation II). I had previously been there for interviews, but never really seen too much of it. Catherine had never been there. To see how we came to go there, we must rewind a couple of months and to when good news reached us via text message from top music journalist, Guido V. The news was that The Gutter Twins were playing in Amsterdam. 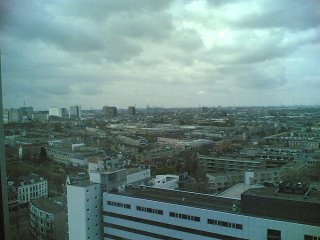 Now those of you of taste and knowledge would now be stating something like, "awesome" or other similar interjections. The ignorant amongst you would be saying things like "who?", "what?" and "why me so ignorant?" 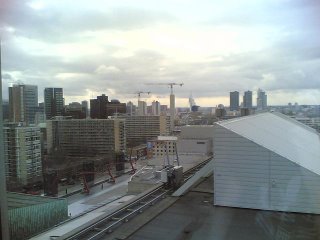 The Gutter Twins is the combining of two musical geniuses, Mr Mark Lanegan (of the Screaming Trees) and Mr Greg Dulli (of The Afghan Whigs). Naturally you will know The Screaming Trees as one of the self-destructive trailblazers for the grunge movement; and The Afghan Whigs as, of course, the Motown-influenced grunge survivors also known as The Greatest Band That Ever Existed. So now you know. 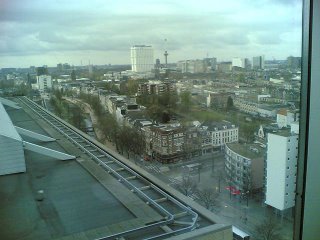 Anyhoo, so once we realised this duo was playing sometime soon, we dispatched Guido to obtain tickets. Unfortunately the gig sold out in Arctic Monkey-like speed. But given that was the start of a European tour, there were possibilities ahead. The closest was at Motel Mozaique, a cute little festival in Rotterdam. 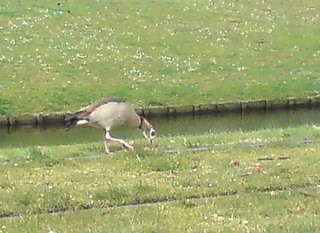 That's how we happened to be taking the train to Rotterdam last Saturday evening. Minus Guido, who was forced to go to Tennessee to report on a banjo contest, or something like that. 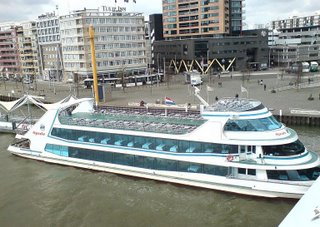 Now, as with any story where are so many expectations and disappointments, we should have been prepared for the final coup de grace. The fact that the night before the Rotterdam gig, Greg Dulli was carted off stage to hospital to be rehydrated. Consequence, the Rotterdam gig was off. 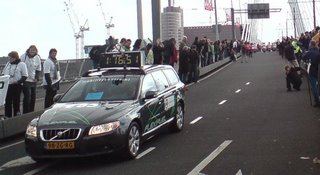 In their place was Lucky Fonz III, a talented Dutch musician, with a dark sense of humour and good banter. Some of his songs really shine, others sound suspiciously like country ballads. 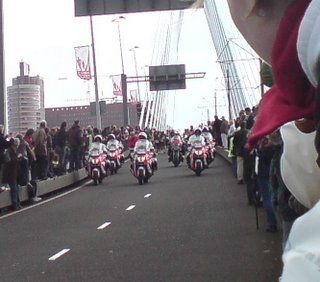 When we would have been basking in the afterglow of a wondrous gig, we were catching a bit of Erik Vlooimans, a Dutch jazz trumpeter whose band must have been a Sixties Prog Jazz band. Although they seemed a bit too young, only in their 50s. 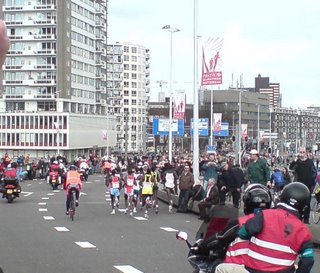 We were staying in a hotel very near the station, so falling back there was easy. In the morning, we had a little time, so we wandered around the city. Unbeknownst to us, today was the day of the Rotterdam Marathon. It meant the streets were busier than perhaps on a normal Sunday (not that we would know). Whole sections of roads were sectioned off and lined with a thin trail of people. We were in the right place at just before the right time, so with a little waiting on the impressive Erasmus Bridge, we were able to see the small pack of front-runners one and a quarter hours into their slog. They were running at a pace I would use for a sprint. Indeed, if I were to run a marathon, I would be somewhere towards the back being overtaken by old men in chicken costumes. Even Catherine who has run marathons in times around 3 hours, which is pretty darn impressive, was herself impressed with these guys who would do it in 2. After the first batch, there was a lone guy, some little way behind them. He probably felt very bad about not being in that initial batch despite the fact he was way, way ahead of the rest of the field. Disappointment is always relative. 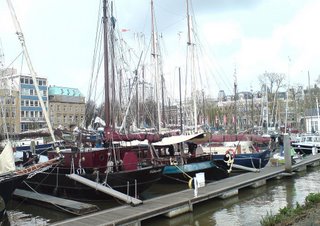 After this we had enough time to take a quick gander at the Old Harbour. Except, as we didn't have a map, we simply headed to a small inlet filled with older buildings and quaint sailing ships. This was very nice, but not, as we found out later, the Old Harbour, but merely the Veerhaven. Oh well, something to go see next time. As it happens we would have had to have darted across in front of the on coming marathon sprinters anyway, much to the annoyance of their preceding police escort. 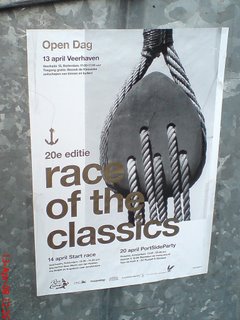