Let me start by reminding you that riding a bicycle is impossible. Impossible. Bicycles are two-dimensional objects – especially my ageing wannabe racing bike. And we expect these two-dimensional objects to propel us, increasingly three-dimensional objects, along a plane perpendicular to the aforementioned bicycle. A plane that exerts a gravitational pull on us and is hard and jagged enough to bruise and graze us – or worse – when the geometry of cycling fails and the gravity gets a hold of us.

Riding a bicycle is impossible. Earlier humans seeing us riding bikes would burn us as devils or witches. Yet billions of us do it every day; Defying gravity, the gods and good judgement. It’s not only fun, enhealthening (note to self: check dictionary), but a very practical way of getting from A to B. 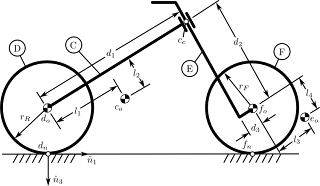 As you might have gathered from this blog, I live in Amsterdam which is famous for having a free and liberal attitude to cycling. Compared to many other big cities where cycling is treated like a criminal offense, Amsterdam seems to positively welcome cycling and cyclists. Cycle paths not only exist but are clear, visible and don’t suddenly stop and become a wall as they do in some places.

This morning was one of those days where people cycling in front of you randomly and suddenly slow down for no apparent reason. The whole journey was me braking to avoid nudging into the back of some work-bound Amsterdammer. It was especially difficult because today I had been paying more attention to the street than other parts of the environment. This was due to my recent flat tire from which I pulled a hunk of glass which was a perfect scale model of an iceberg. So today I was studiously watching out for flocks of icebergs. 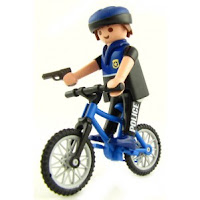 By the end of my journey, I was paying more attention to the frequently stopping bikes and other eye-level hazards with only glances towards the glassy danger that lurked below because a flat tire won’t kill you. It saved me from ploughing into the back of the last cyclists that randomly stopped in front of me: two policewomen both with impressive blond ponytails poking out from under their cycle-cop caps.

It was then my mood was set for the day. I realised how happy I was to live in a city where my protection was provided by three-dimensional, blond devil-witches effortlessly doing the geometrically and gravitationally impossible. How can you not appreciate that?
Posted by Peter More at 14:36
Email ThisBlogThis!Share to TwitterShare to FacebookShare to Pinterest
Labels: Europe, Me, Netherlands, Transport

Buy some wheel goo, or slime-filled tyres - punctures happen but then make NO DIFFERENCE! Shaun has 8 in one wheel. As long as you don't leave the bike for months (when potentially the goo could slip down to the wheel bottom) you never need a puncture repair kit again.

that's exciting future stuff! I'll look for it. Does it attract police women as well?