I am not superstitious; I’d like to make that clear. I will happily walk on the cracks in the pavement. I would be fine living on the 13th floor. I have no problem walking under a ladder – unless, of course, someone is up there painting, in which case you’d be an idiot to walk under a ladder.

I’ve always thought of myself to be far too intelligent or worldly or whatever you want to call it for superstitions. This is what I thought.

The moment I realised I wasn’t too intelligent or worldly or whatever you want to call it happened on a long flight to Singapore. I was writing, which is what I liked to do on planes back then. This was during that time shortly before planes gave everyone their own video screens – or, if you were lucky enough to get on a plane where everyone had their own video screen, more often than not the system stopped working 2 minutes into the flight. So to pass the time, I’d write, or read or stare jealously at all those people who were able to sleep. 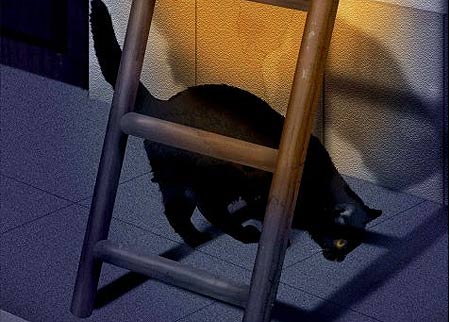 So in the middle of this flight, I’m writing – about flying as it happens: inspiration for me is always very close at hand. Very close. So I was writing about flying and possible things that can happen to a flight and I came to a point in the sentence where I had to write the word “crash.” And I found I couldn’t write it. I simply couldn’t. It felt wrong. It felt like writing it would somehow jinx the flight and make it more likely it to... that word. It’s clearly ridiculous and is exactly the sort of woolly-headed thinking that I would mock regularly. But here I was, an intelligent or worldly or whatever you want to call it guy, doing exactly that very thing that I’d been mocking. It was weird to realise I could be like that.

I spent the rest of the flight writing about superstition – such are the mysteries of inspiration – and only once the flight had landed, taxied and come to a complete stop could I go back a few pages and fill in the small blank with the word “crash.”

From that point on, I was on the look out for any other superstitions I might have. I observed myself closely for signs of other similar behaviour. But this seemed to be my only one. If I spilled salt, I didn’t throw it over my shoulder, if I did anything I would brush it on the floor. Black cats could walk in front of me if they liked, I didn’t care. If they get too close, I might kick them, but that’s not for luck, that’s just how I feel about cats.

I was really pleased to find out I only had this one superstition. This one tiny bit of craziness or naivety or whatever you want to call it. 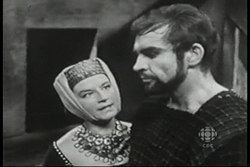 And even that has now gone. I found myself on a plane recently reading Macbeth, that most superstitious of plays. And I realised if I can read this play in a flying plane, why can’t I write the word “crash”, so I got out my pen and on the top corner of the page I wrote the word “crash.” And for the next 20 seconds, I sat there in utter dread. Because if that plane had started falling out of the sky right then, I would have been screaming – not because I was going to die, but because everything I had ever believed about the way the universe worked would have been utterly wrong.

As you can guess, nothing happened. I mean, a baby cried, four people sneezed and someone called for the stewardess instead of turning on the light, but nothing unusual for a flight. I was cured. I went back to reading Macbeth. I even said the name out loud. “Macbeth.” Wrote the word “crash” a few more times. Nothing.

I was cured of my one single superstition. I should have been happy, because now I was 100% sane or worldly or whatever you want to call it

But I wasn’t. It was like I’d taken a step away from being human; like I was slightly less interesting.

And then, I thought, “surely ‘believing that being illogical is what makes you interesting’ is a form of superstition.” And I told myself, “Yes it is.” And I was imperfect and interesting again; and always will be. Touch wood.
Posted by Peter More at 16:14
Email ThisBlogThis!Share to TwitterShare to FacebookShare to Pinterest
Labels: Anthropology, Religion, Science, Theatre, Travel