As I have stated many times before, the fun of air travel isn't really there any more. It's not entirely due to the increased appearance of security but as much to do with the cheap flight revolution that turned us into battery hens.

Even though we were just changing flights at London, we had to pass through extra security because we were now heading to the United States of Severe Restrictions. A guy who had recently been retrained, perhaps from the role of postman or park attendant, went through a checklist of security questions. Because the receipt for my baggage had been attached to the stub of my girlfriend's boarding pass, it caused a slight departure from the list and the guy had to tell me, "I forgot where I was." I was tempted to say, "That was the last question," figuring the force wasn't strong in this one, but then the supervisor might have had to come over and the supervisor looked like he knew something about security. I told the retrainee where he was and he continued. The questions are still somewhere below El Al standards, but they are getting there. They skip around and avoid asking exact questions such as, "have you spoken to anyone with a beard recently?" but you suspect that's what they want to ask.

After you have been asked by someone with an evening class in psychology questions set by a civil servant and your shoes have been x-rayed, you can hurry along to area where you get squashed in together before boarding the plane. I think this area is there to get you acclimatised to breathing other people's exhaled air for 20 minutes before you have to do it in a metal brick that only flies because of the magical qualities of jet engines.

(Science bit: The magical qualities of jet engines are that you fly faster than gravity. Just as gravity is about to pull you down, the plane has moved on and the next bit of gravity tries to get you. And so you continue until you slow down to land and then gravity gets a hold.)

Whilst waiting in the pre-air-sharing room, a succession of names were called out. It seemed to be comedy name day with Herbert Vile, Sarah Hooker and all manner of perfect names for comic novels. 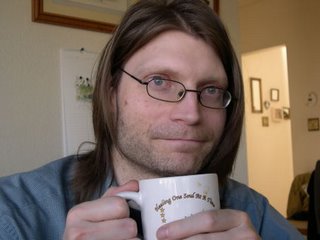 On the plane, as ever, you are required to walk through first and business class to see how much extra space you get there before you go back and climb into your pen. At the back of business an older couple sat with face masks on, presumably to protect them from other people's germs. Putting them on as soon as they were in the plane meant every single pleb on the plane saw them and at the very least gave them a second look. Whilst the lower orders were filing past one way, a stewardess offered them and the other privileged few pre-flight orange juices. They took automatically them before they realised they would have to take their masks off. Now if they'd only kept their masks off until the doors were shut then a) they could have drunk their orange juice and b) they would not have been sniggered at by every one of the lower-class passengers. Once everyone was strapped in, they could put them on and nobody would have known except stewardesses who, quite frankly, have seen it all before.

On the ground Americans do service very, very well. In the air, the Asians are way ahead. We were flying with United where long-haul flights are more about allowing senior cabin staff to go to exotic places than easing your journey with helpful young things poured into award winning uniforms. Fortunately the in-flight entertainment was partially working for my seat, which was better than some had. In my experience, in-flight entertainment provide a distraction only for the first 30 minutes when you try to get it to work, after that you might as we have a egg whisk stuck on the seat in front of you. "Great, an egg whisk. Stewardess, do you have any eggs?" "No."

We arrived later in the same day at Dallas Fort-Worth International Airport and where Catherine and I had to split up to follow different paths. I had the path taken by aliens where I had to be photographed and finger-printed, but at least by a jovial chap. Cath got to join the fast-moving queue where she only had to answer one question, "Have you spoken to anyone with a beard recently?"
Posted by Peter More at 15:16
Email ThisBlogThis!Share to TwitterShare to FacebookShare to Pinterest
Labels: Anthropology, Food, Travel, UK

I admire this article for the well-researched content and excellent wording. I got so involved in this material that I couldn’t stop reading. I am impressed with your work and skill. Thank you so much. London Taxi Quote

I unquestionably appreciate each and every piece of it. It is an extraordinary site and has a pleasant offer. I need to bless your heart. Great job! You all do an incredible blog, and have some extraordinary substance. Keep doing awesome. Taxi to Zurich Airport